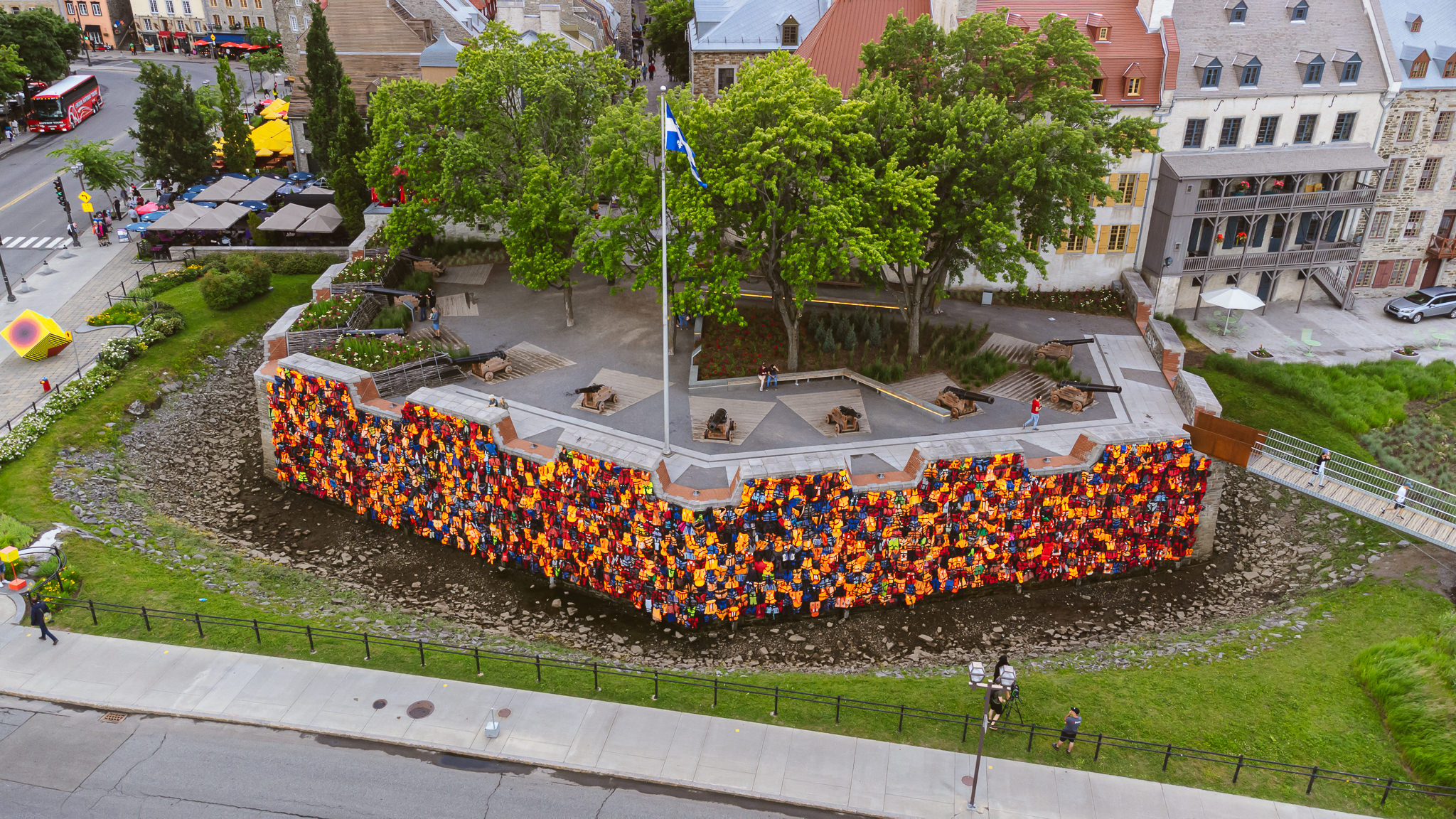 Used life jackets cover the walls of Old Quebec’s Royal Battery, suggesting protective padding or a fortified military barricade. But these personal flotation devices are the very ones used by thousands of Syrian refugees fleeing to Europe. The life jackets were recovered by Ai Weiwei in 2016 on the Greek island of Lesbos. They form a colourful border, an artifact of the migrant crisis confronting us with the journeys of those ready to do whatever it takes to escape the violence of war.

Heritage note: The installation’s theme evokes local history by echoing the migratory past of New France. The Royal Battery is a military defense structure built by the French in 1691 to thwart English invasions. As a symbol of the borders that still govern human mobility today, the architectural structure intensifies the implication of the work that covers it.

This work was produced in collaboration with EXMURO arts publics.

Ai Weiwei is a humanitarian activist whose engaged, iconoclastic, and subversive art practice critiques the economic, political, and social power imbalances of the contemporary world. His works are included in the permanent collections of the Centre Georges Pompidou in Paris, the Los Angeles County Museum of Art, and the Museum of Modern Art in New York. Weiwei lives and works between Beijing, Berlin, Cambridge and Lisbon. 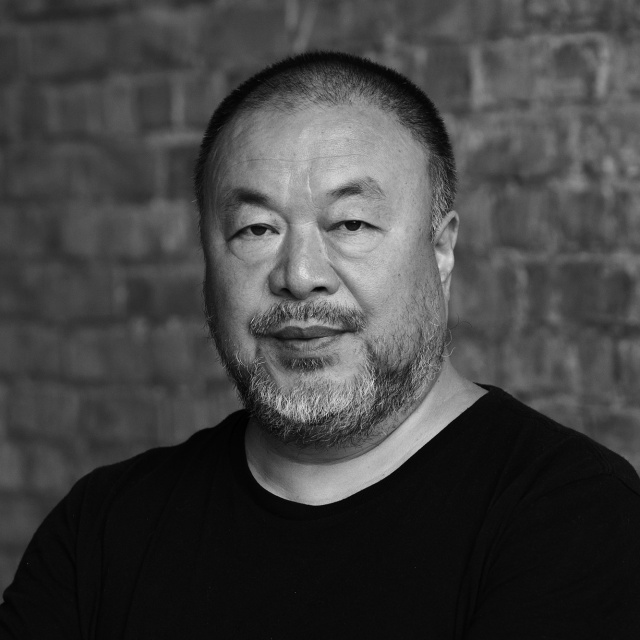 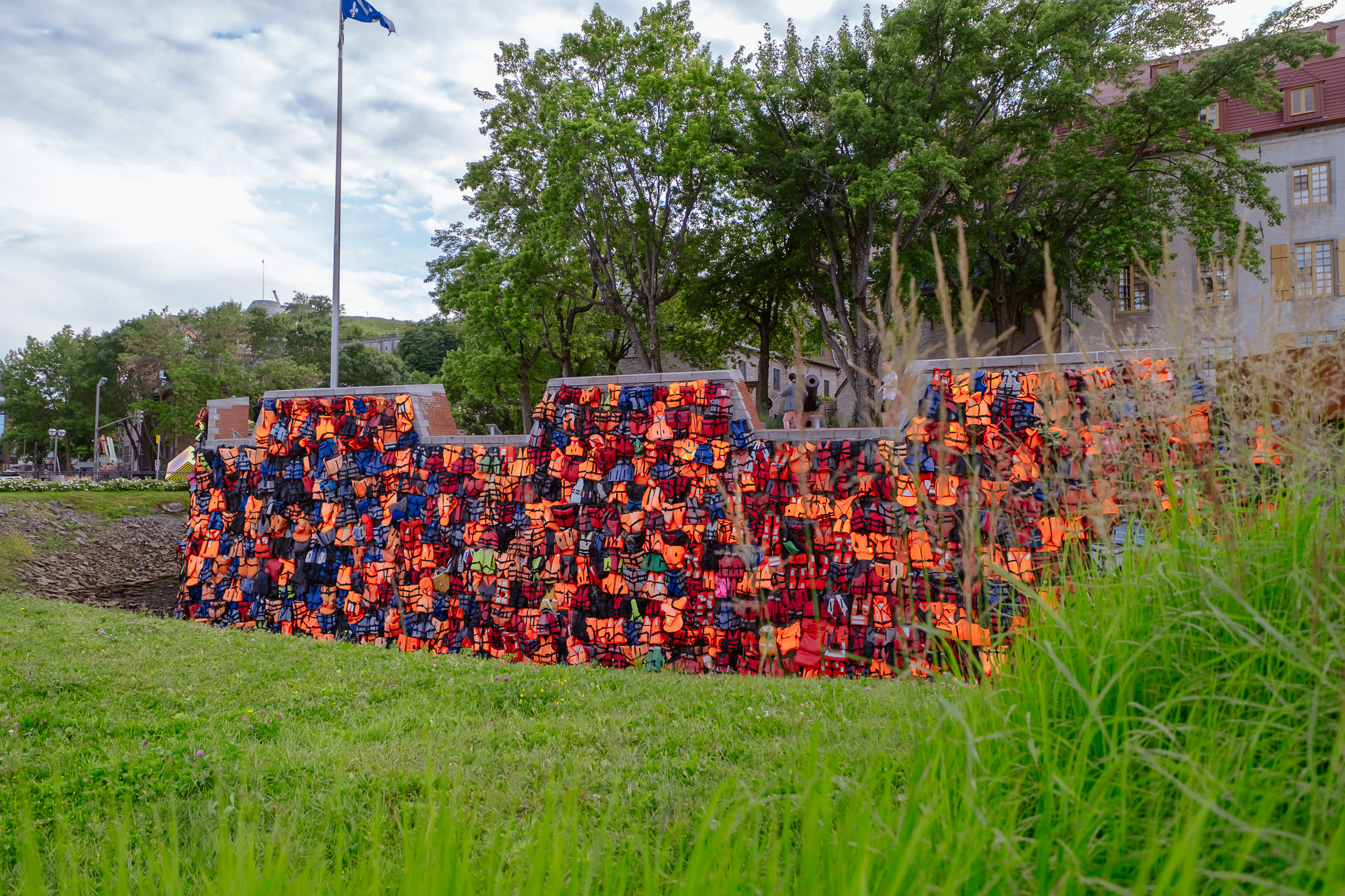 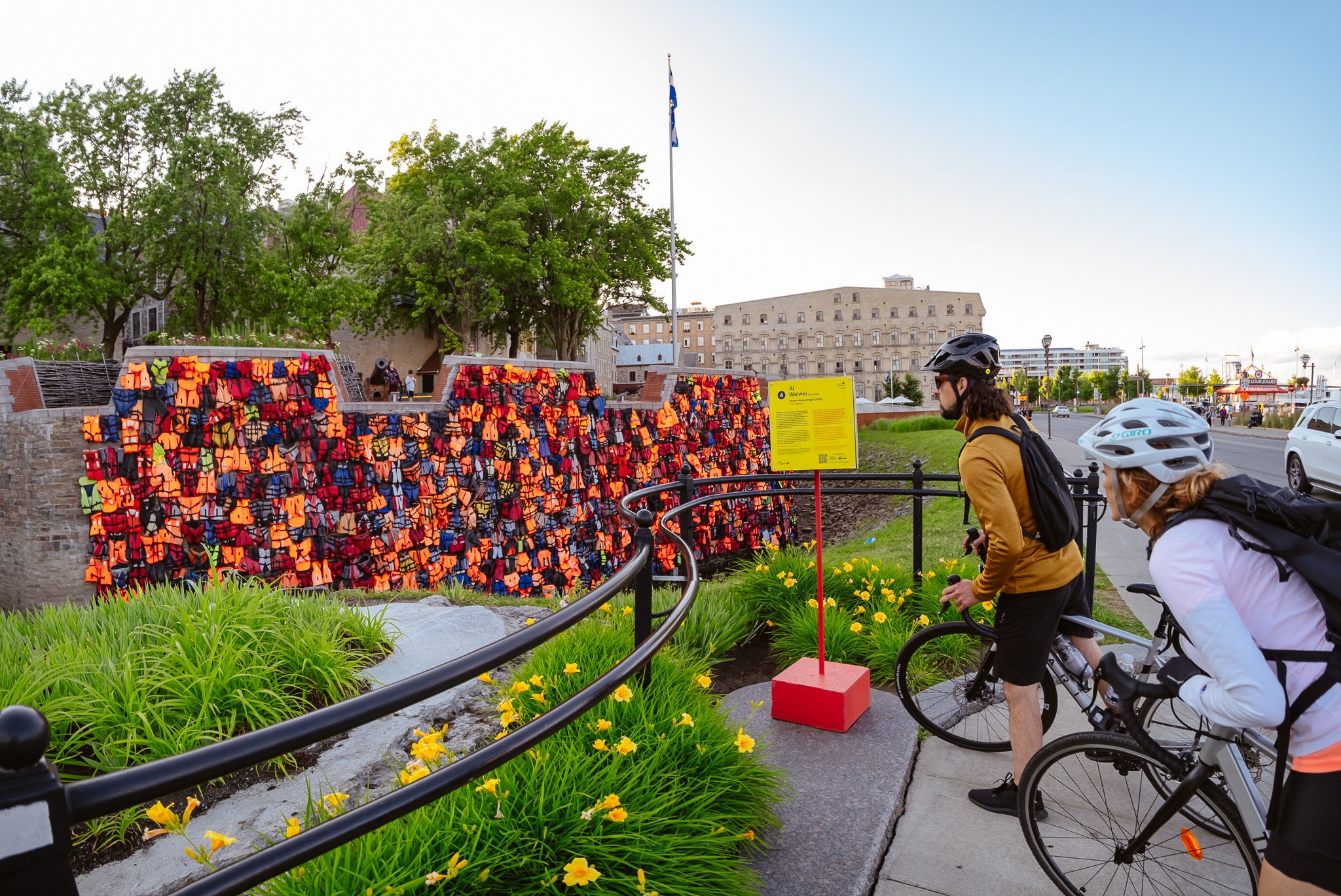 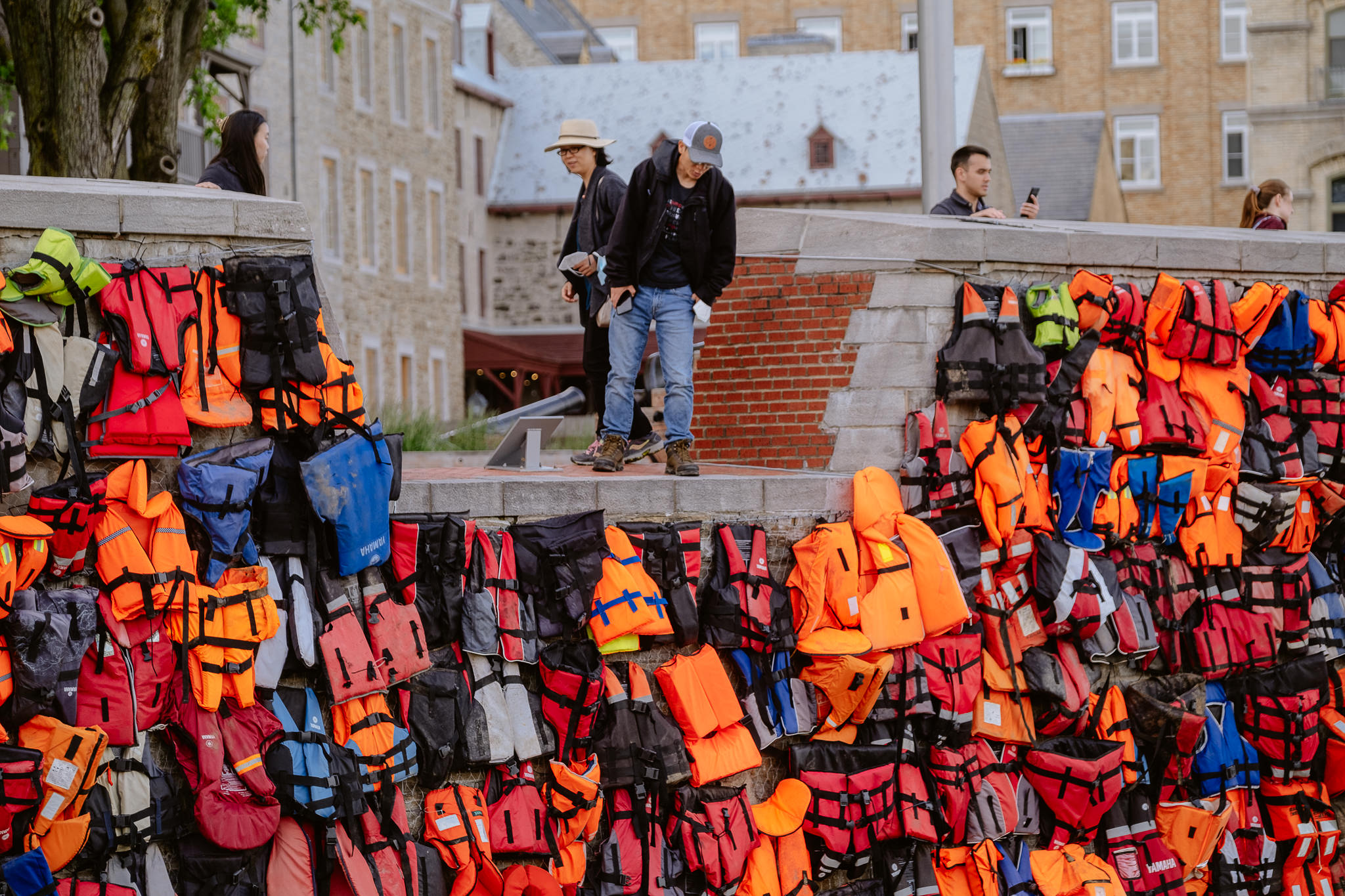 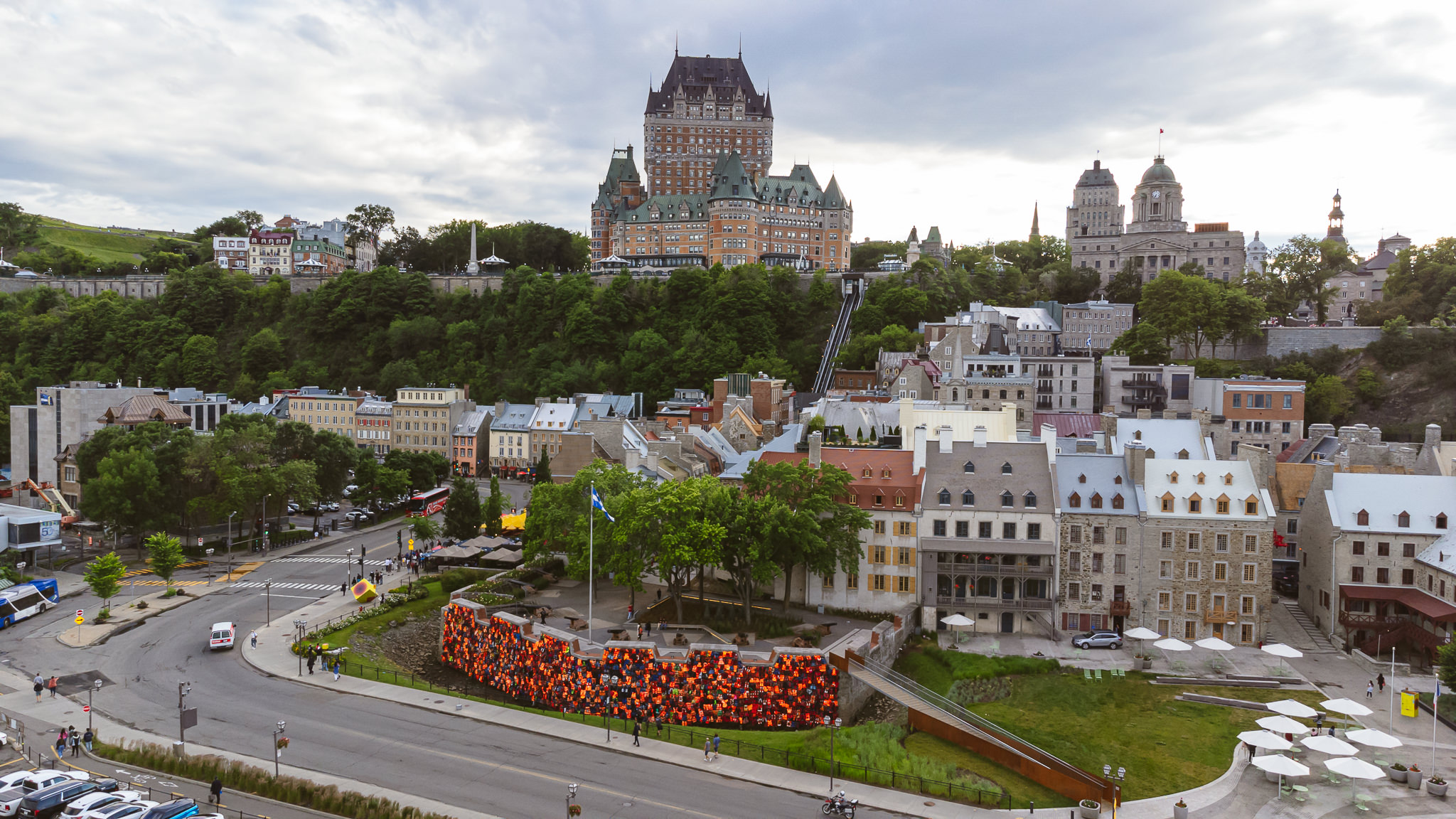 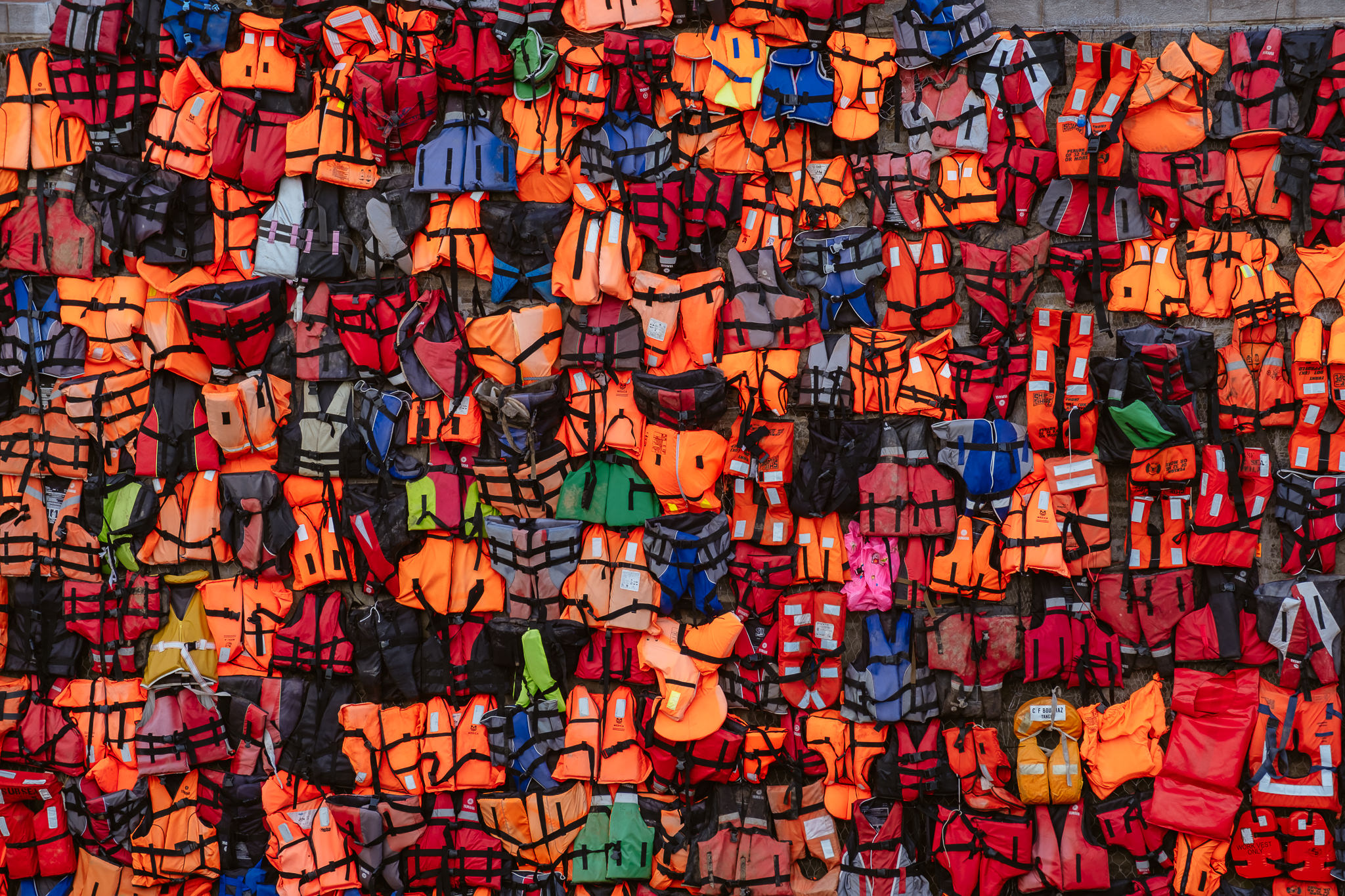 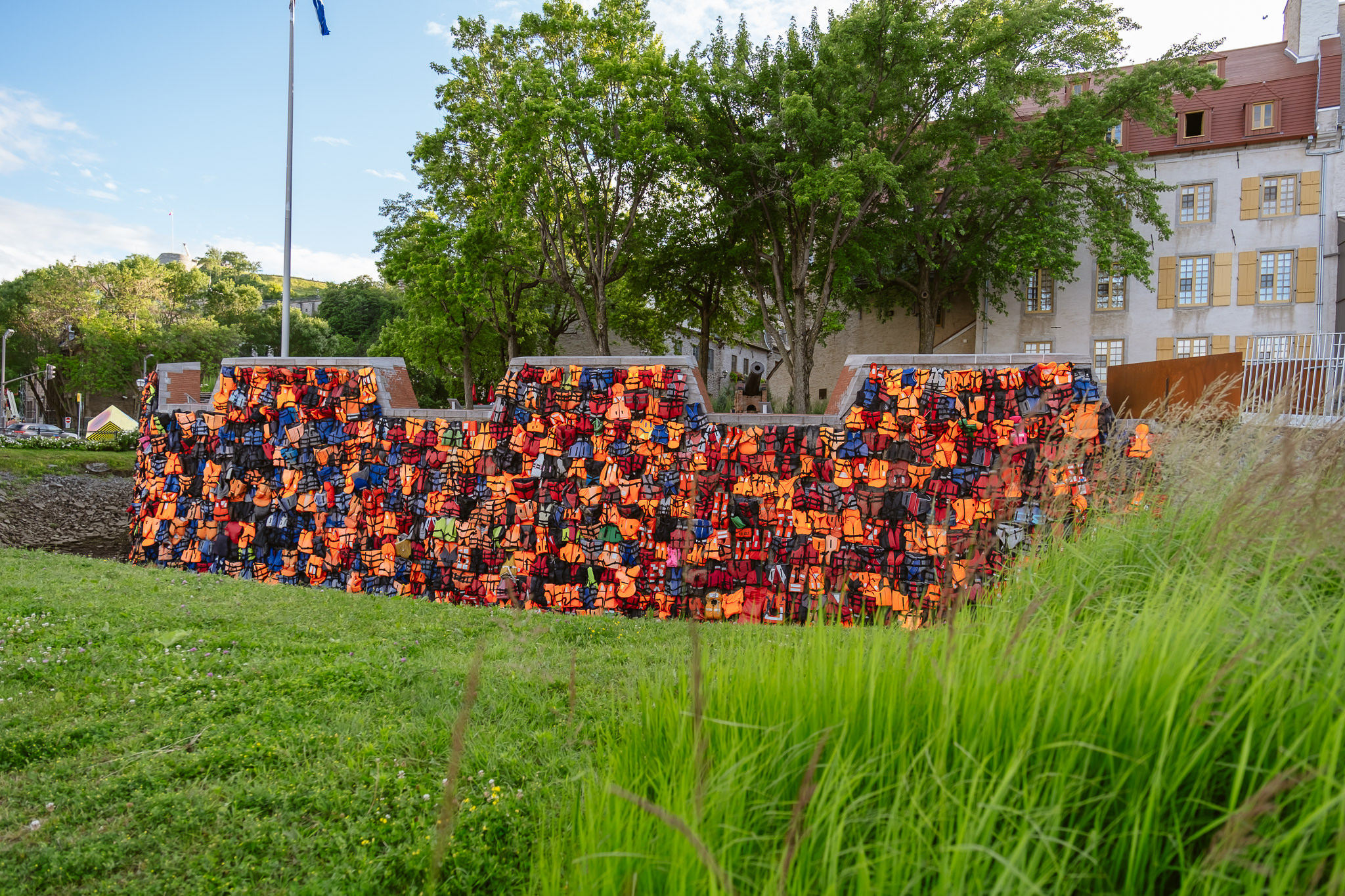 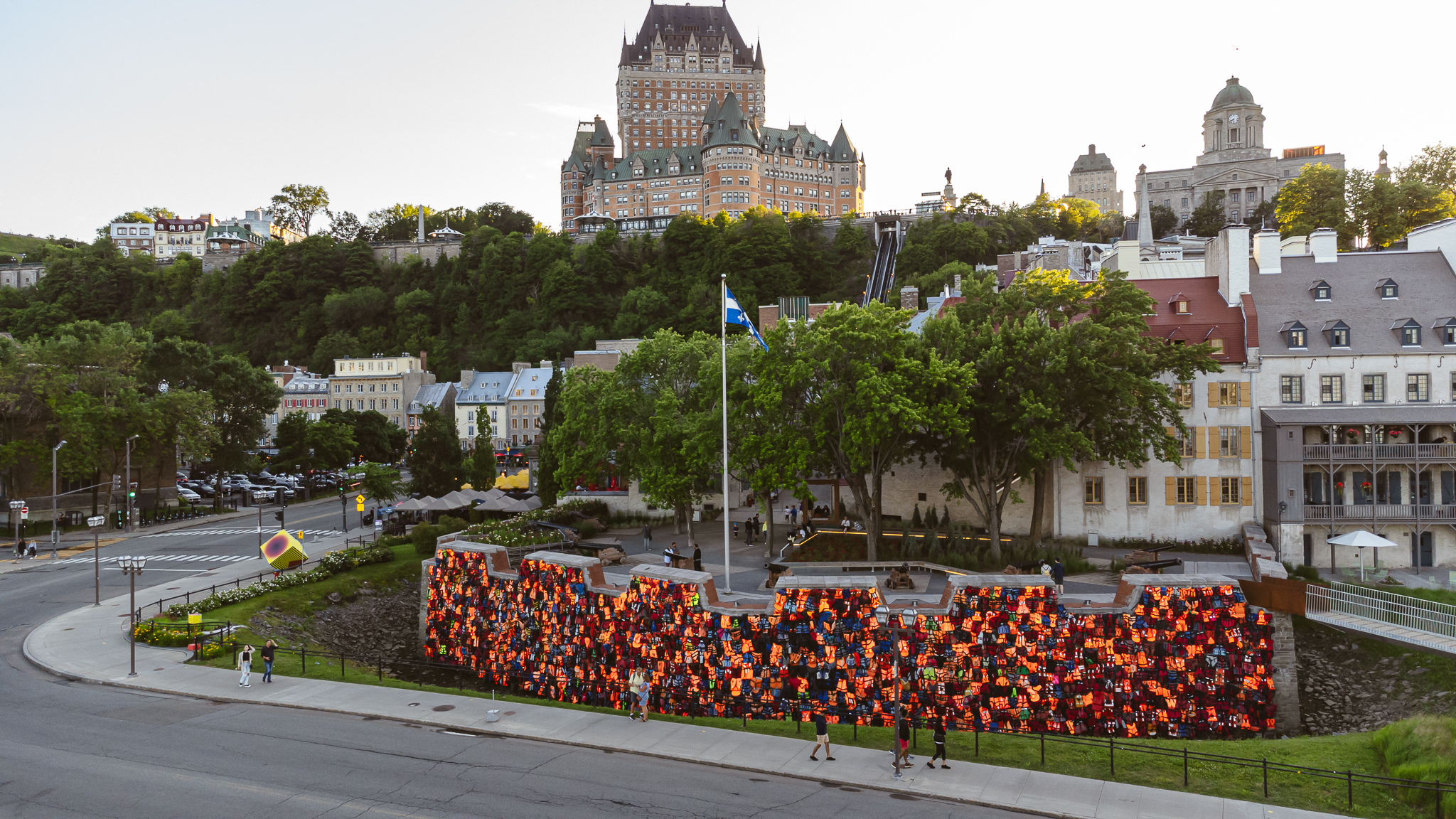 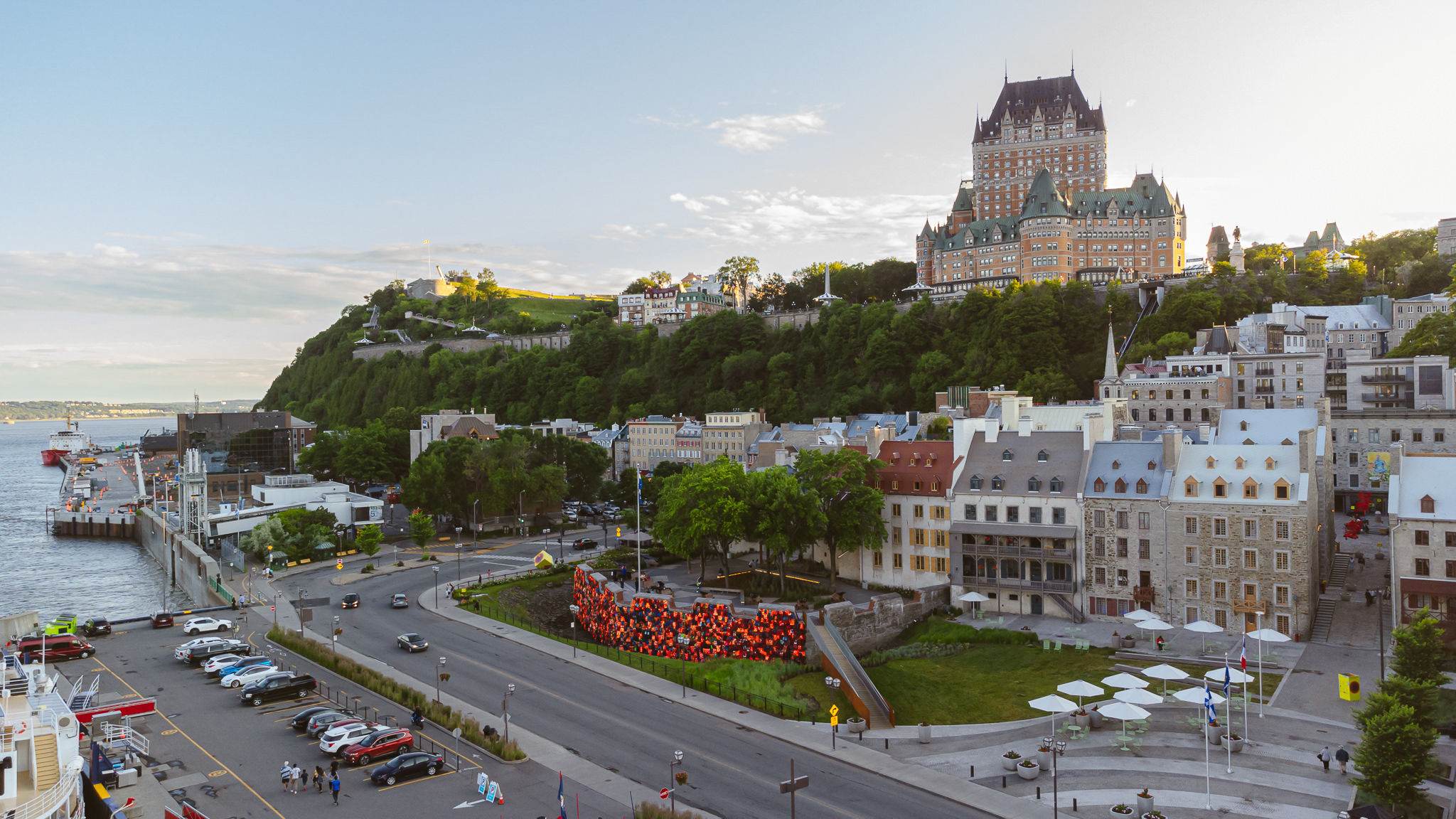