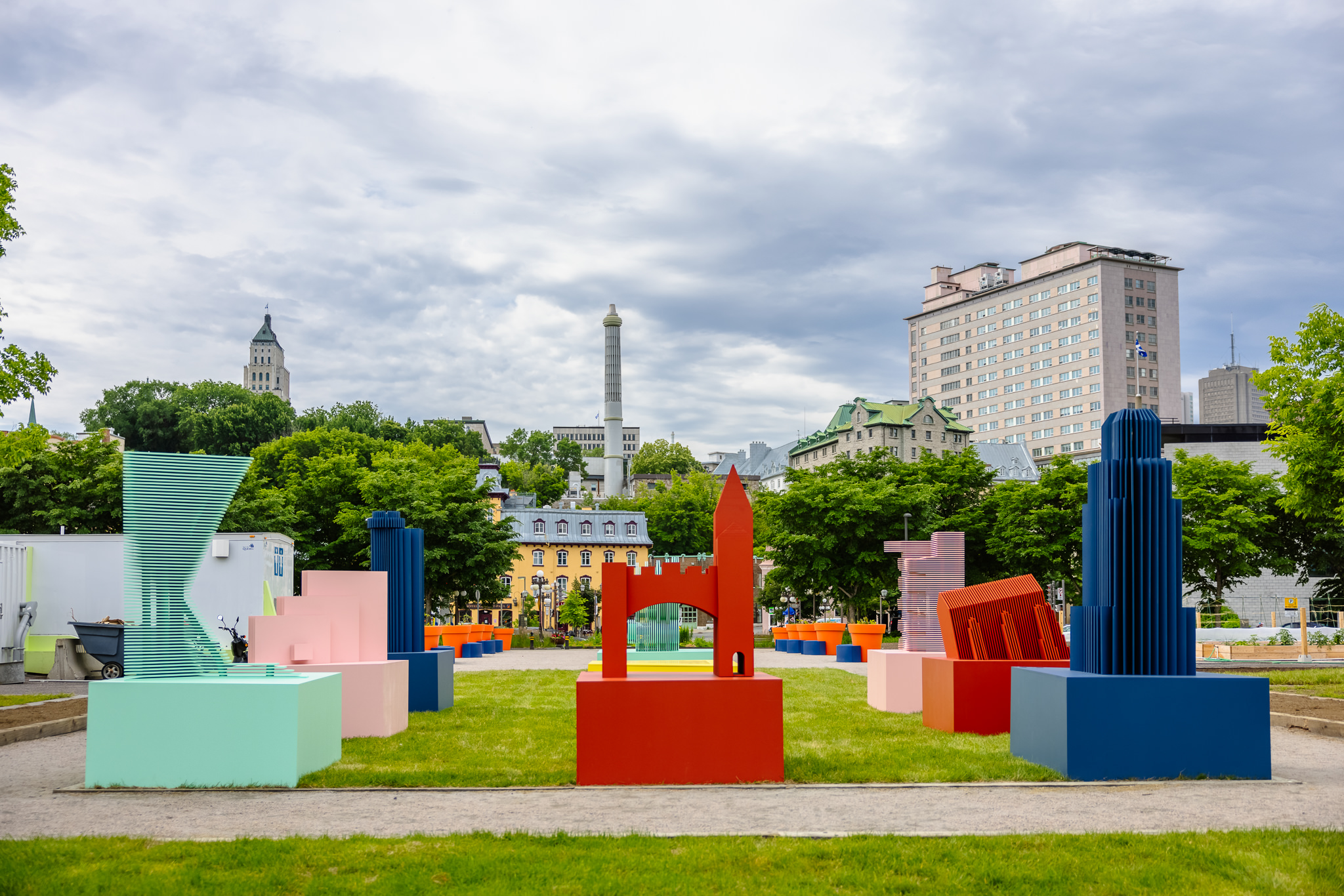 You may feel a strange sense of déjà-vu as you wander among the colourful buildings of a miniature “city” that has sprung up on the former site of Quebec City’s Old Port Market. The Delirious Québec collective has let their imagination run wild, reproducing and combining elements from various Quebec City buildings notable for their unique volumetric proportions and strong visual identity. In a promenade that juxtaposes structures from hitherto widely separated locations and time periods, the city’s built heritage is broken down into its formal features through a reversal of perspective, where variations in scale and geometric abstractions complicate our perceptions.

Titled in homage to Delirious New York, an iconic 1978 book that describes the symbiotic relationship between metropolitan culture and its architecture, Delirious Québec projects us into an eclectic world where only buildings with a strong personality remain.

The Delirious Québec collective is Jérôme Harrisson and Hugo Thibaudeau, two master’s students in architecture at Université Laval. With Atelier mock/up, their architecture start-up specializing in parametric design and digital fabrication, the emerging architects have developed outstanding concepts for clients including Le Sacrilège bar and Miyagi bistro. They have also designed a permanent pavilion at Reford Gardens (Jardins de Métis) and performed material and conceptual explorations for a diverse clientele. In 2020, Atelier mock/up studio was among the winners selected in a City of Quebec competition (Québec, Ville entrepreneuriale). 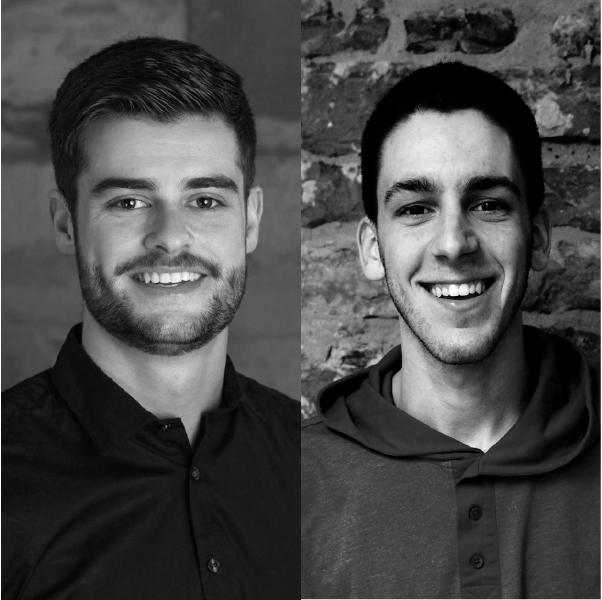 Kent Gate, named for Queen Victoria’s father, was never a military gate but rather a civic structure designed by Quebec municipal engineer Charles Baillairgé to improve access to the city for the people in Faubourg Saint-Jean. The gate, constructed between 1878 and 1879 at the corner of Dauphine and D’Auteuil streets, was called “an adornment for Quebec” by Count Dufferin at the time. Yet it has not always inspired confidence. In 1932, vibrations from the tramway raised public concern about the safety of the structure: “for which reason we have not only interrupted pedestrian and car traffic, but also advised the streetcar operator that it must immediately change its route, due to the vibrations that inevitably result from the passage of its cars, which may affect the solidity of the section of Kent Gate so seriously that it is threatened with collapse.”

The Dauphine Redoubt was plagued by difficulties from day one. Located near the corner of D’Auteuil and McMahon streets, the structure was designed by military engineer Josué Dubois Berthelot de Beaucours. Its construction was put on hold a mere year after it began in 1712, before being resumed more than thirty years later (in 1747–1748) under famed engineer Chaussegros de Léry. Some twenty years later, a British engineer, John Marr, took charge of repairing the redoubt. In a letter dated July 5, 1770, he reported that two new buttresses were being added to prevent “Crazy Dauphine” from collapsing. Two centuries later, in 1983, the Dauphine Redoubt, a designated Canadian Heritage Building, finally opened to the public after an eleven-year restoration.

The Saint-Denys-du-Plateau church, designed by architect Jean-Marie Roy, was built in 1964 and purchased by the City of Quebec in 2009 as the new home for the Monique-Corriveau library. The transformation from place of worship to municipal library was overseen by the consortium of Dan Hanganu and Côté Leahy Cardas Architectes. Their work on the library, located at 1100 route de l’Église, earned the plaudits of François Bourque in a column titled “A temple of natural light” (“Un temple lumineux”) in the daily newspaper Le Soleil (November 13, 2013). “The result is a wealth of natural light. It is at once spectacular and minimalist, a break with the past and a respectful continuation of it, which is one of Dan Hanganu’s signatures. The design plays on the thin line of ‘continuity by contrast, taking care not to disturb or create conflict’ […] An architect wins some battles and loses others. Dan Hanganu lost the battle for the cross on the building’s façade. The architect, who is of Romanian extraction and orthodox by confession, would have preferred to keep it, for reasons of ‘culture.’ But it had to be removed as it was in danger of falling down, much like the entire bell tower, which had to be rebuilt.”

The Pierre Lassonde Pavilion of the Musée national des beaux-arts du Québec (MNBAQ), built on the site of the former Dominican Convent, opened its doors on Grande-Allée on June 24, 2016. Designed by the New York section of the Office for Metropolitan Architecture (OMA) with Montreal’s Provencher_Roy, this “new world-class building” has charmed Quebec City’s entire population. At the time of its inauguration, Julie Lemieux, then vice-chair of the City of Quebec’s executive committee, stated that “the building is a jewel that will bring new renown to Quebec City. It is hard to predict just how great its contribution will be. It is the perfect marriage of heritage and modernity.”

In 1972, Domaines Concordia Limitée of Montreal began construction of the Le Concorde Hotel on Quebec City’s Grande-Allée. The project ruffled the feathers of certain local residents who felt that a 29-storey building had no place amid the tranquility of Place Montcalm and the Plains of Abraham. Designed by the architectural firm Dimakopoulos & Associés, the hotel has a semi-pyramidal shape inspired by Old Quebec’s iconic pointed roofs – meeting their client’s desire for the building to bridge past and present on this exceptional site. Fernando Lemieux’s October 11, 1974, column in Le Soleil was positive. “Quebecers,” he writes, “have been waiting for this moment for a long time, and they will not be disappointed: the platform of the enormous rotunda that overlooks the Le Concorde Hotel now completes one rotation per hour. L’Astral, Quebec’s first rotating restaurant, features a unique view of the entire metropolitan area and the South Shore. At this time of year, you are treated to the enchanting view of drying leaves, the beauty of the river and, at night, a million twinkling lights.”

On March 19, 2013, after three years of construction, La Capitale Financial Group opened its new head office at 623 Rue Saint-Amable [Jacques-Parizeau], designed by Coarchitecture/Lemay & Associés in collaboration with Dan Hanganu Architectes. Quebec City mayor Régis Labeaume commended the architects’ respect for the identity of Grande-Allée, a “heritage gem to be protected,” evident in the ten-storey building’s “noble materials” of stone and glass. Labeaume stated that “we are here today in a building that resembles what Quebec City must become in the future.” A few months later, this new building, “whose smooth, sleek facade highlights its rich materials “ won two awards, People’s Choice and Best New Build, in the Commercial and Industrial Buildings category of the City of Quebec’s architecture awards.

The iconic Price Building at 65 Rue Sainte-Anne is Quebec City’s first skyscraper. It was built in 1929–30 by Price Brothers and Co., a forestry company, and designed by Montreal architects George Allen Ross and Robert Henry Macdonald. A commentator wrote in Le Soleil (April 26, 1930) that the building “gives passersby a clear sense of our city’s progress. It boasts seventeen stories, with the seventh to twelfth reserved for the offices of the Price Brothers Co. The remaining offices have been leased to major local and foreign concerns.” Four months later, another commentator in Le Soleil opined that “It is our sincere belief that that the Price Building is far less injurious to the appearance of the city than some of the ‘apartments’ that have been built in inconceivable locations outside the city walls. We might even say the building has a certain elegance that harmonizes with the line of the promontory, and balances out the cliff, in comparison with the other skyscraper, Le Frontenac. In any event, this is a matter of taste well worth discussing without falling into narrow-minded dogmatism.”

In 1963, twenty years after the Caisse Populaire Notre-Dame du Chemin moved to the corner of Avenue des Érables and Rue Père-Marquette, a new four-storey building designed by Jacques Racicot was built. At his client’s request, the young architect was tasked with designing a building to house the credit union in the basement and ground floor along with apartments on the upper floors that could be converted into offices as needed. In Le Soleil on May 6, 2003, Norman Provencher followed up on his previous column, “Blemishes on the cityscape,” to note that “I regret neglecting to mention the Caisse Populaire de Notre-Dame-du-Chemin […] in the Montcalm district. A colleague and a reader reminded me of the existence of this white spiral building, vaguely inspired by the Guggenheim Museum in New York. I was unfamiliar with it. But now I can report that, in my book, it’s as ugly as the wrestler whose name I forgot last week, [Wild Bull Curry], and I stand by my words. Thanks to the two readers who passed on this information, particularly the gentleman from Charlevoix who confirms that [Wild Bull] was ugly as a louse.” 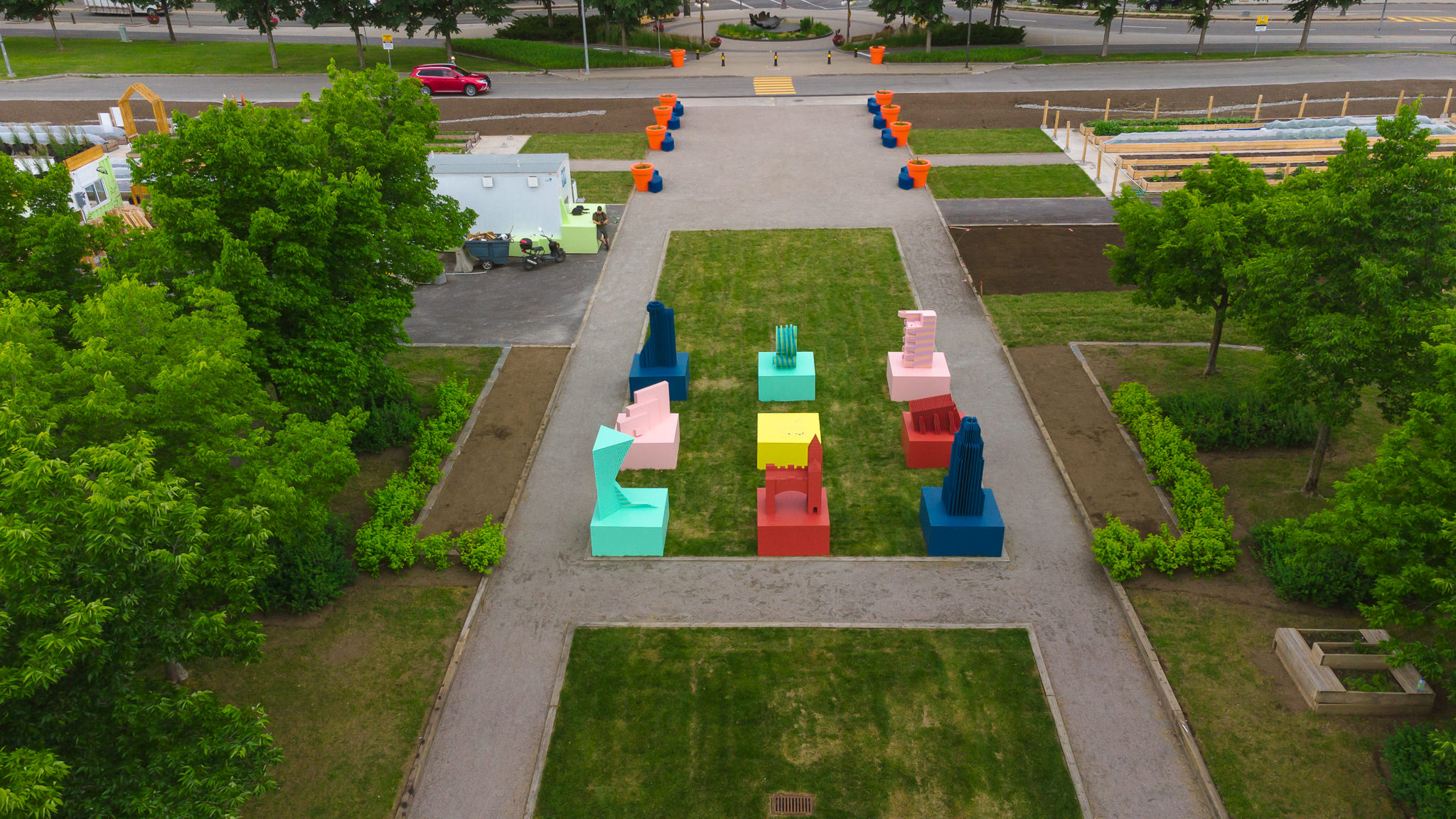 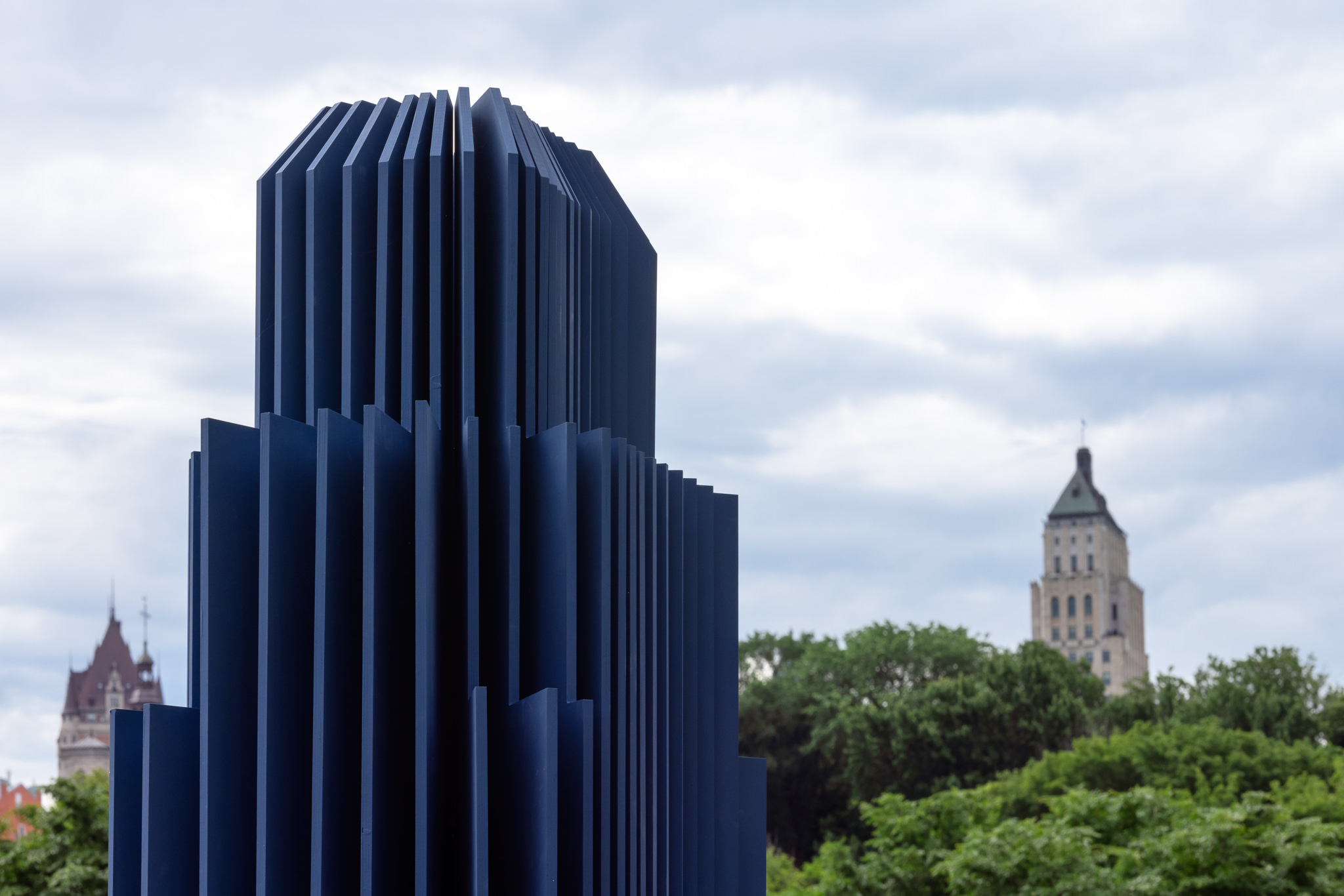 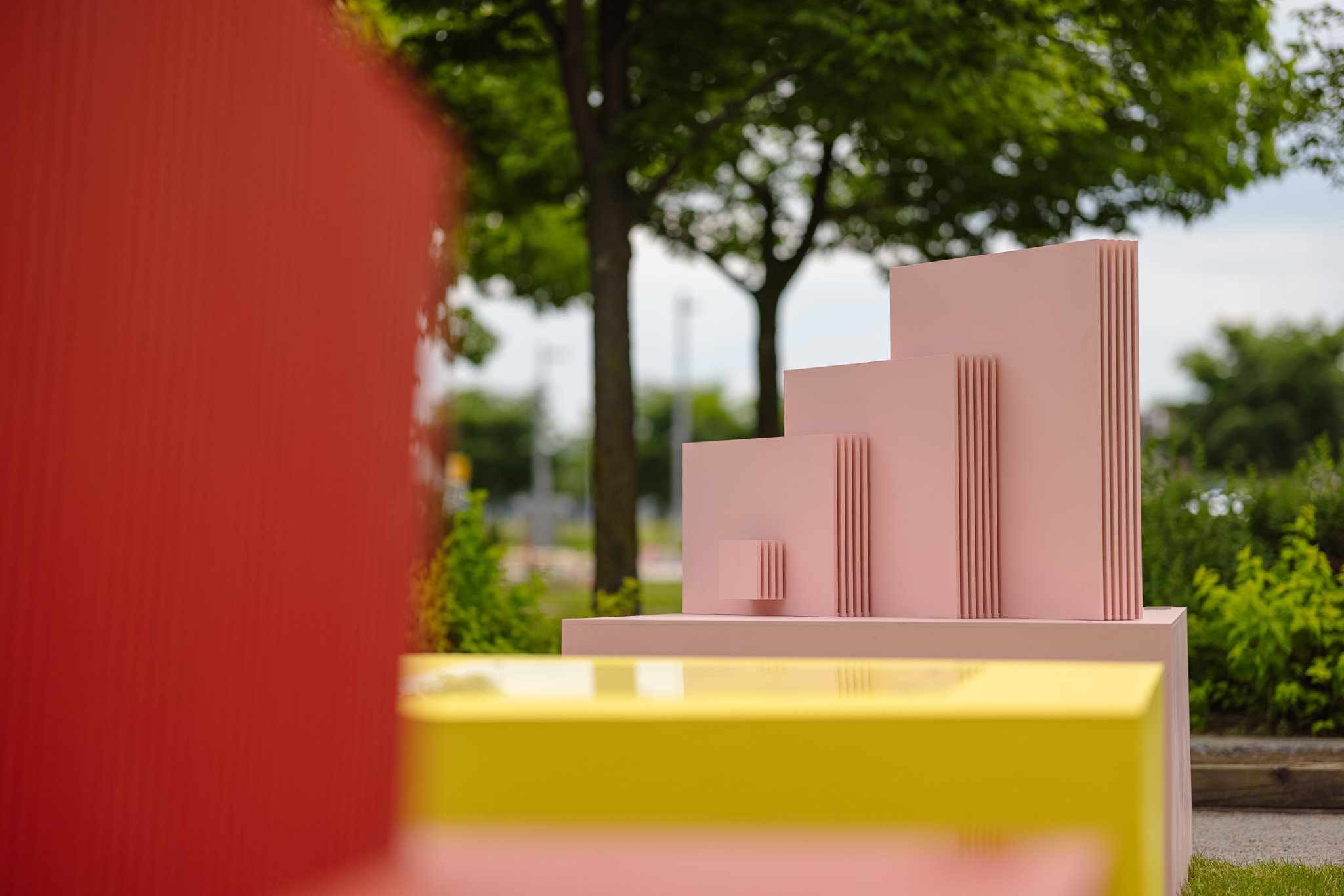 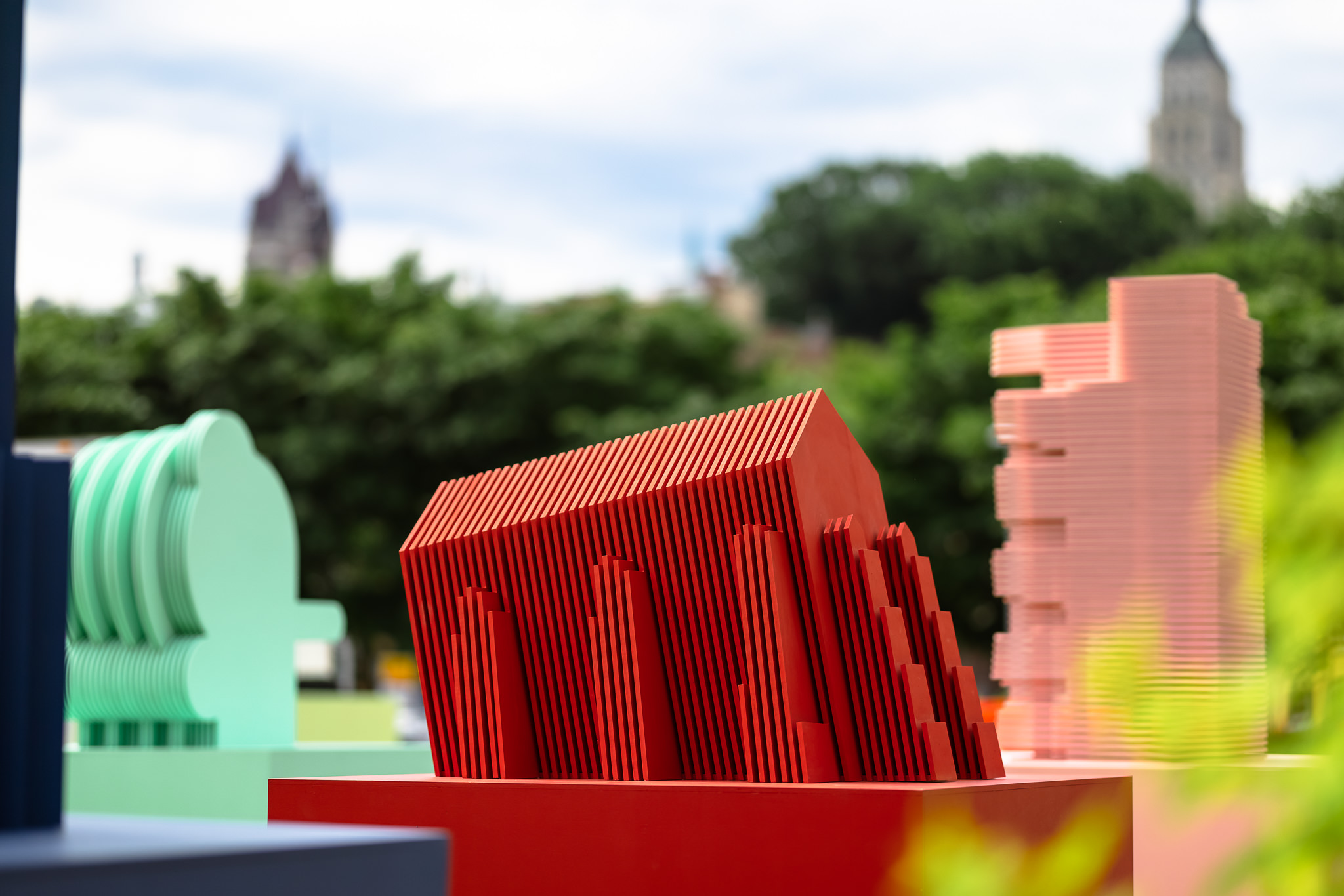 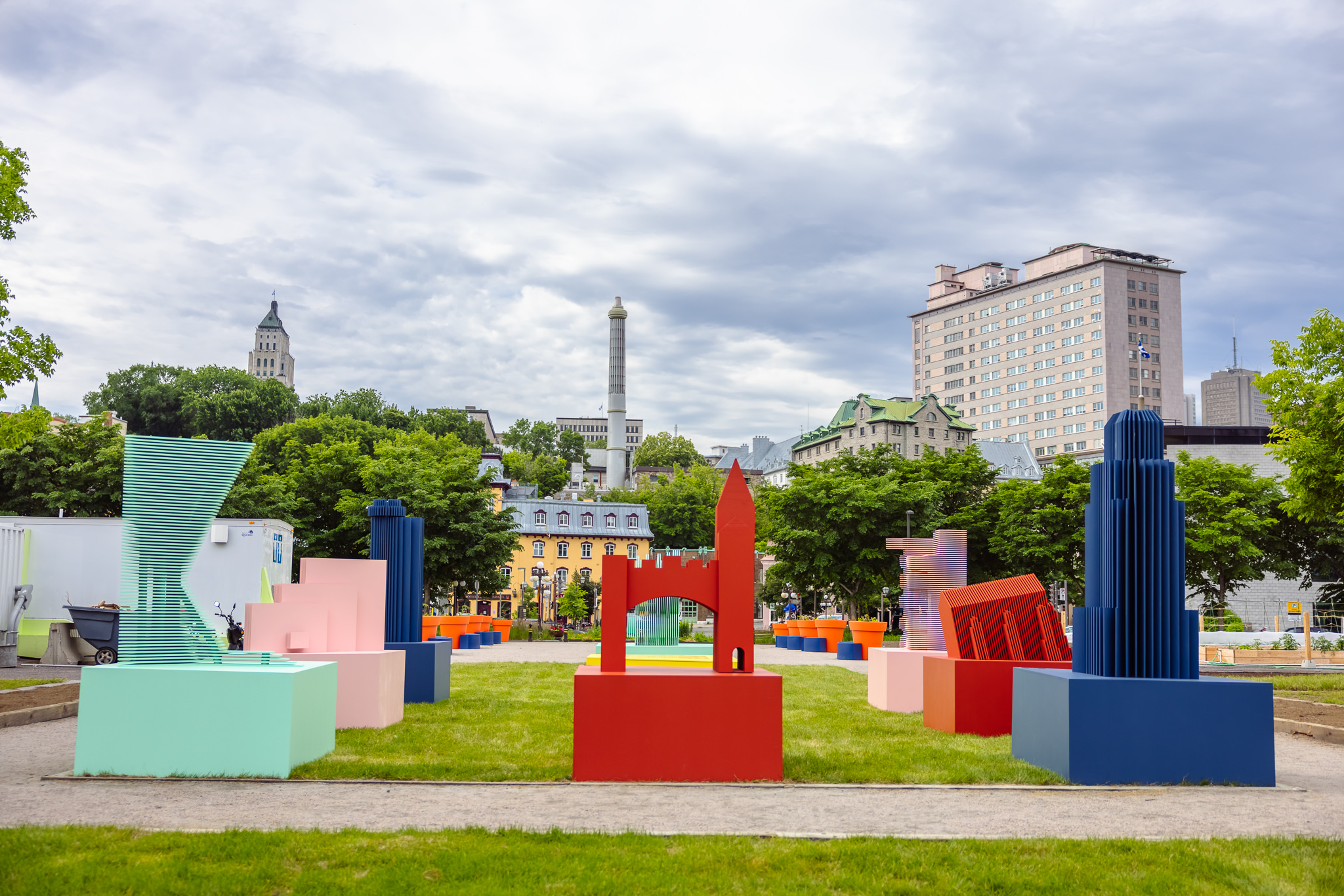