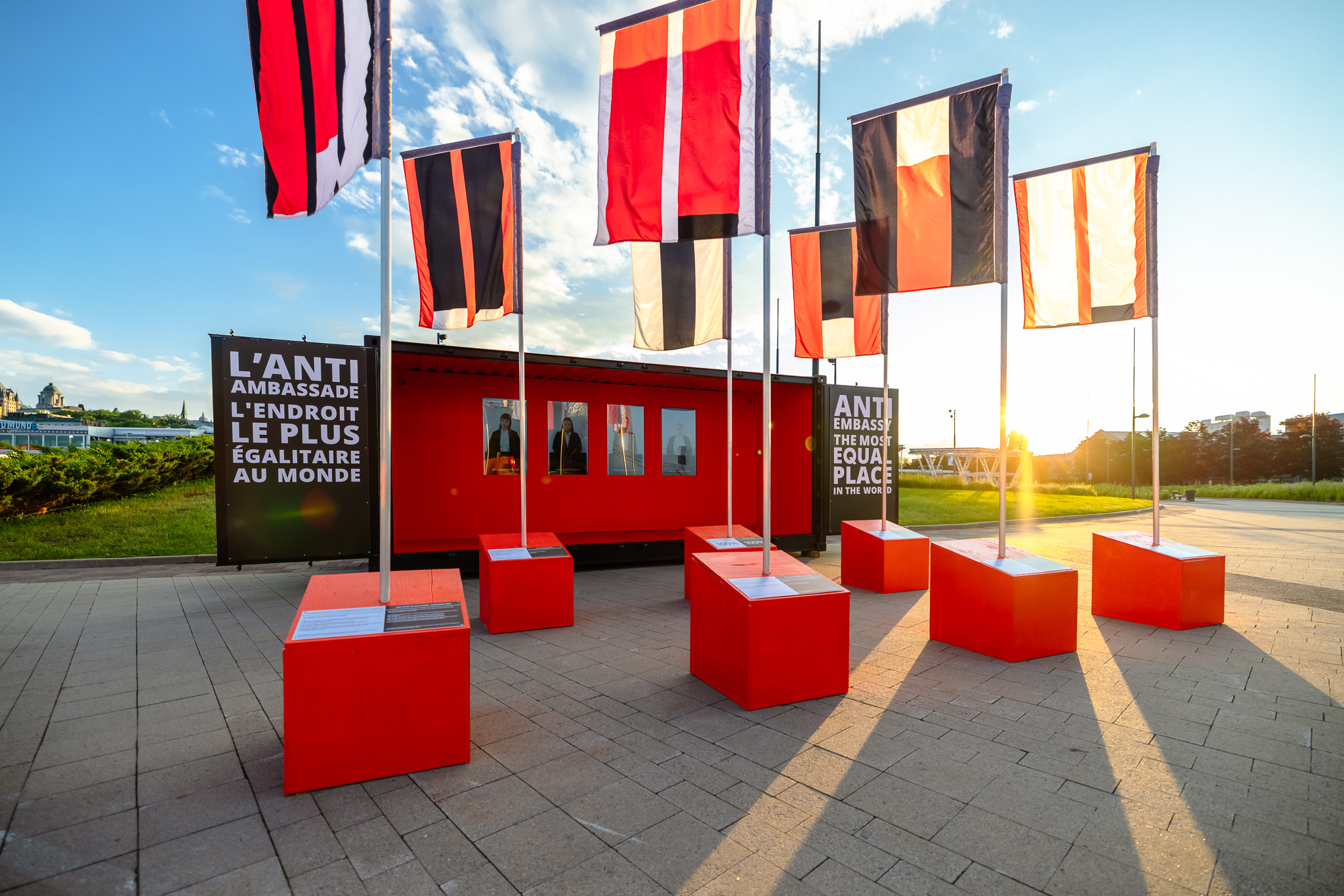 As part of a high-level diplomatic mission, the Board for Grand Art has opened an embassy in the Port of Quebec. At first glance, the small structure seems to have everything such a building might need. But closer inspection reveals that all is not as it seems.

The Swedish collective has deliberately subverted institutional codes to denounce the gender, race, and class inequalities in Sweden’s art world – which are not so different from those in Quebec. Using video, performance, posters, and tracts in a propagandistic style, the discourse of this fictional embassy seeks to shatter our illusions around a country often held up as the most equal society in the world and challenge its reputation as a haven of equality exempt of corruption and discrimination.

STYRELSEN FÖR STOR KONST (The Board for Grand Art) is a feminist, activist arts collective composed of Senja Salander, Felicia Bjärmark Esbjörnsson, Aurora Bergmark, and Karolina Oxelväg. Based in Stockholm, Sweden, the collective is committed to calling out and moving beyond the sexist and colonialist inequalities in the art world. Since 2013, STYRELSEN has been making activist art in public space with propaganda campaigns, performative demonstrations, and subversive monuments, and has been part of exhibitions and events in Sweden at the Stockholm House of Culture, OpenArt Biennial in Örebro, and Passagen Gallery in Linköping. 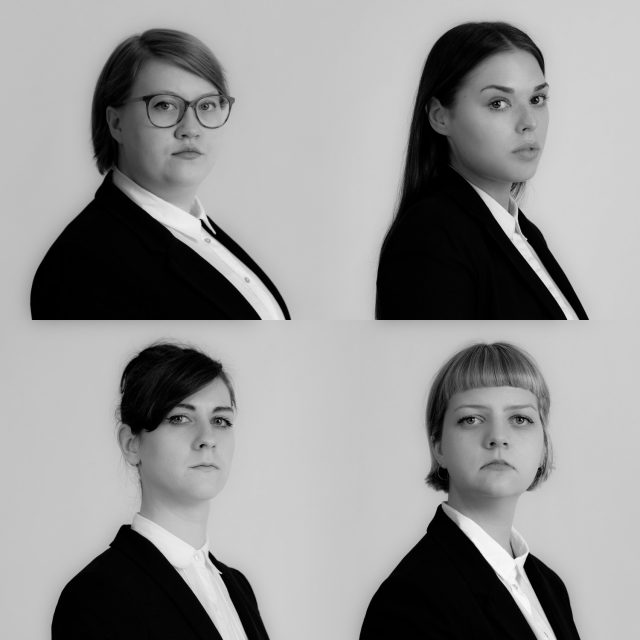 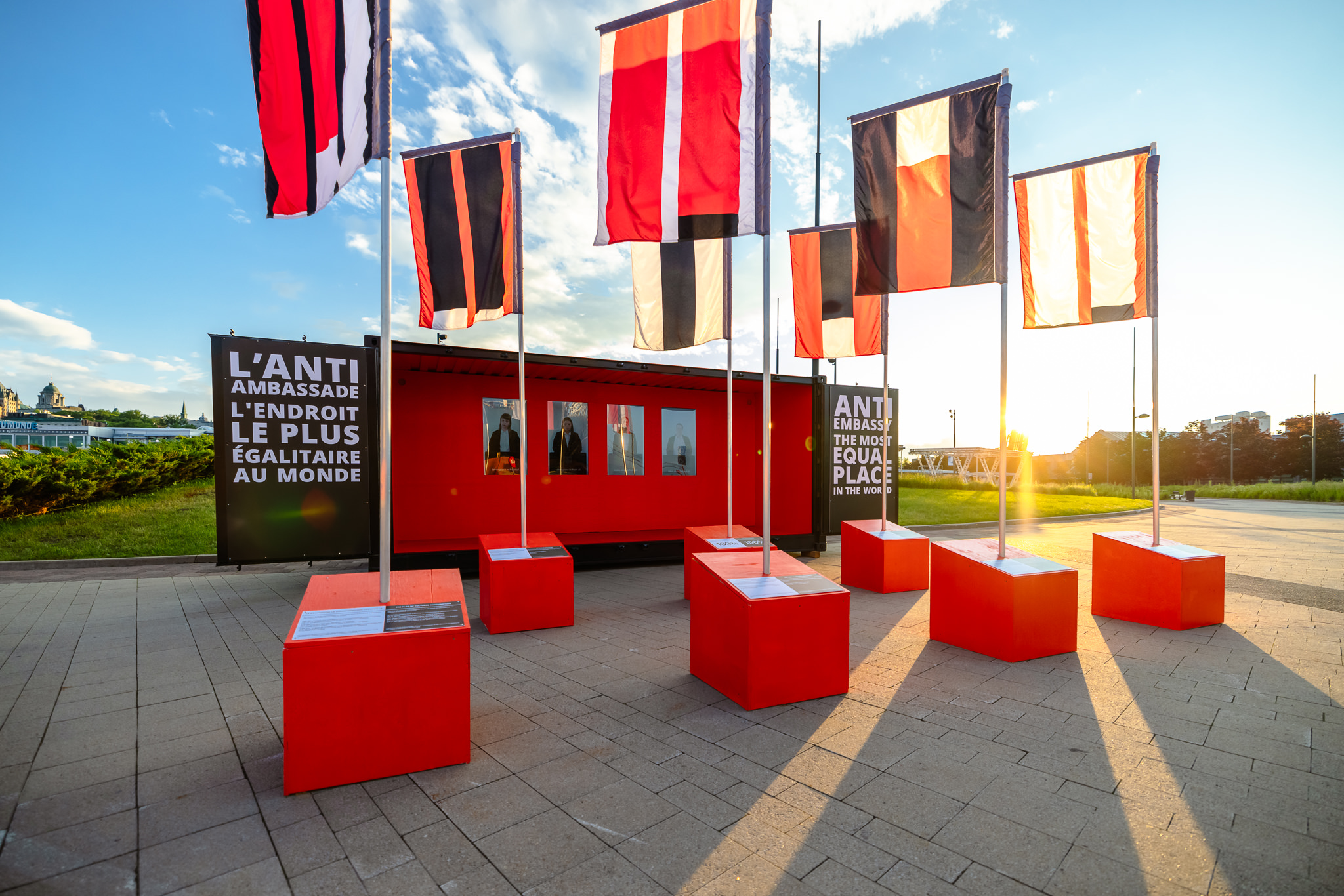 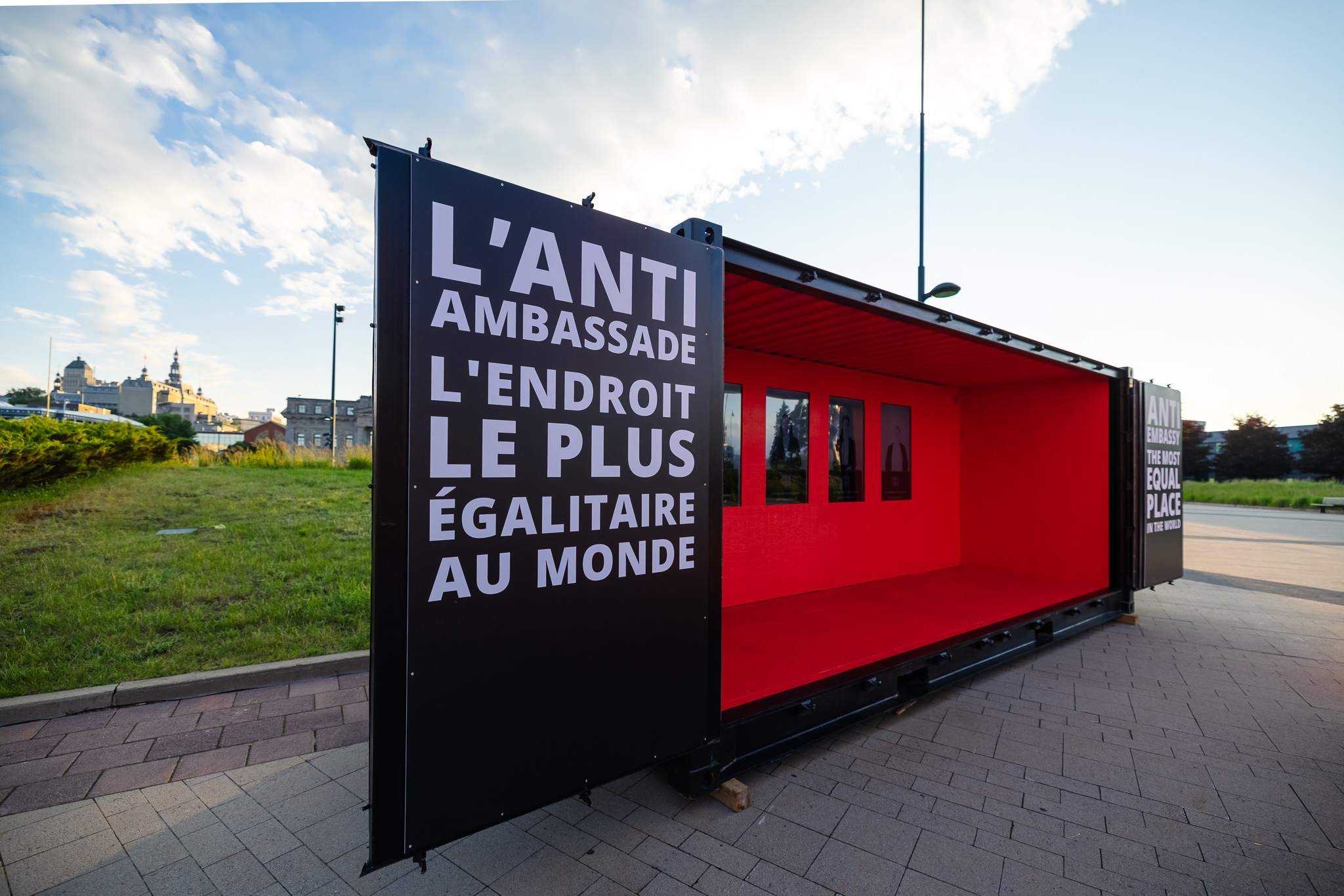 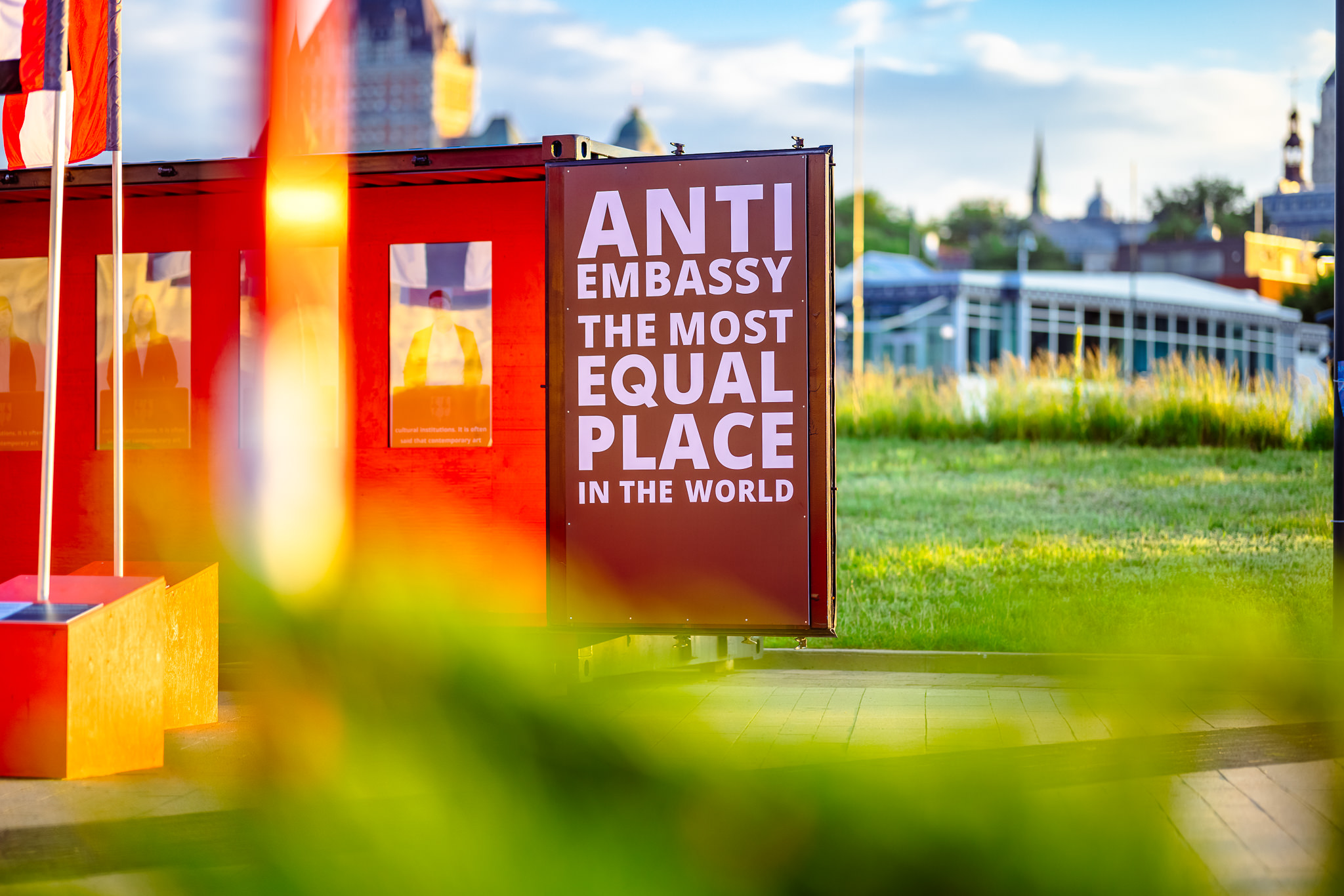