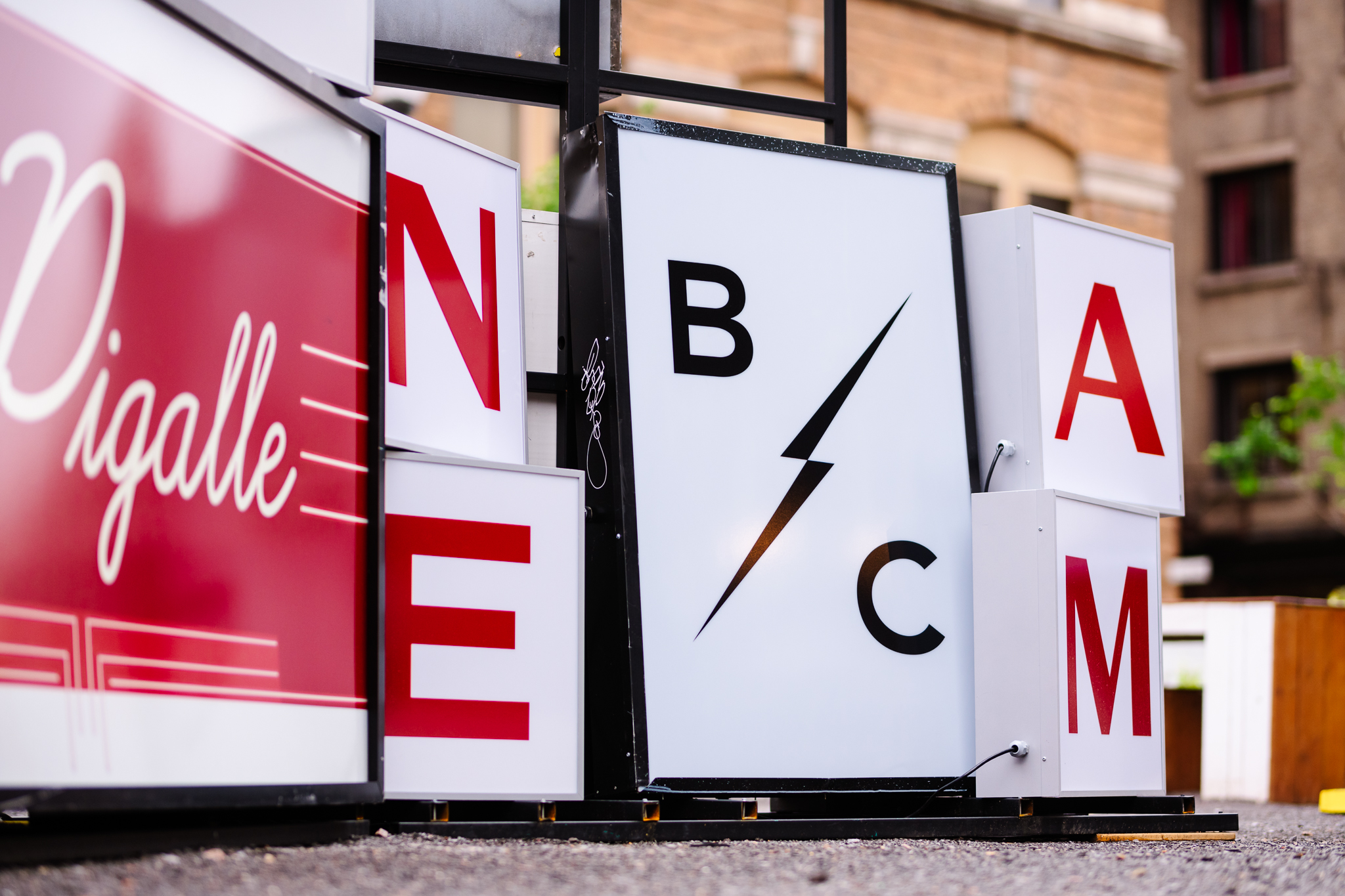 A sculpture installation in an open-air museum, Last Stop grew out of Collectif du Tropique’s shared passion for relics of urban design and the built environment. Multiple layers of time and space coexist with composite reproductions of illuminated signs and other commercial emblems that once graced the streets of Rue Saint-Joseph and Boulevard Charest, main thoroughfares of the Saint-Roch district in the second half of the twentieth century.

Recalling Las Vegas’s Neon Museum, Last Stop is reminiscent of a cemetery for illuminated signs. Through their painstaking study of the chromatic and typographic details in archival photographs, the collective ushers us back to an earlier time. The selection is anything but random, focusing on businesses that played a key role in neighbourhood life and helped create the district’s richly diverse social fabric.

The Tropique collective is made up of Quebec City emerging artists Mathieu Bouchard, Besma Boukhri, and Vincent Drouin. Bouchard is a trained cabinetmaker and technician with a text-based art practice. Boukhri, whose background is in stage design and film, combines digital arts and sensory phenomena to create multidisciplinary installations. Drouin works primarily in film photography, with a focus on rituals and traditions. Bouchard participated Université Laval graduate show in 2020, while Boukhri and Drouin will present their practices in August 2021. 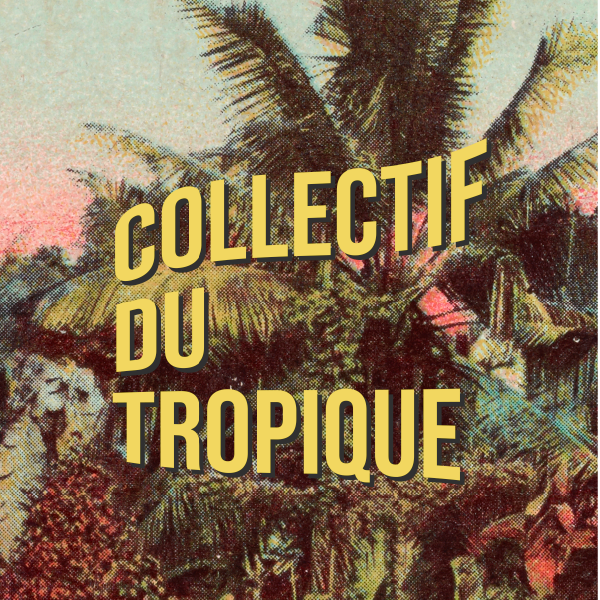 Not unlike the steles of funeral monuments, these commercial signs take us back to a bygone world that is not so very far away from our own. They hint at the stories of the business people and other men and women from widely varied backgrounds who helped build a vital commercial district in Saint-Roch between 1950 and 1970. On Rue Saint Joseph Est, notable figures include Alphonse Talbot and his sons Joseph-Alphonse, Raymond, Fernand, and Paul, of Talbot shoe stores and Talbot haberdashery; Samuel Markovitch, better known as Samuel Marks, of Markie Limitée, a “ladies’ wear” store with a bridal salon; Joseph-Lionel Bizier, professional engineer, of Bizier & Caron, which sold electrical appliances; Louis Roy, who was “dedicated to social movements and parish charities,” of Roy & Fils Merceries; and Cyrille Robitaille, president of C. Robitaille Inc., who always believed that “television or no television, a piano still has its place in the home.” On Rue De la Couronne, there was Roch Giguère, of Tabagie Roch Giguère, where smiling for the camera was de rigeur, and Henry Tom of the “ultra-modern Chinese restaurant” Le Mambo. On Boulevard Charest Est, there was Guy Sang Woo and Sue Shang Chan of Woo’s House, “the perfect place to bring your friends to taste the most exquisite Chinese food” and Chicoutimi-born sisters Germaine, Juliette, and Marie Brassard of the children’s clothing store, Le Petit Chaperon Rouge.

Commercial signage endowed businesses with a distinctive identity and sense of belonging. By recreating them, the artists pay tribute to the staff and customers of these companies. These include Roland Giroux, manager of the Metropolitan Store Limitée department store, who died tragically along with his wife in Tokyo in 1966, and Léo Piuze, manager of the Le Pigalle cinema from 1948 to 1956, who was proud to present “the most powerful films, most genuine hits, and most moving dramas and entertaining comedies ever to grace the French screen.” 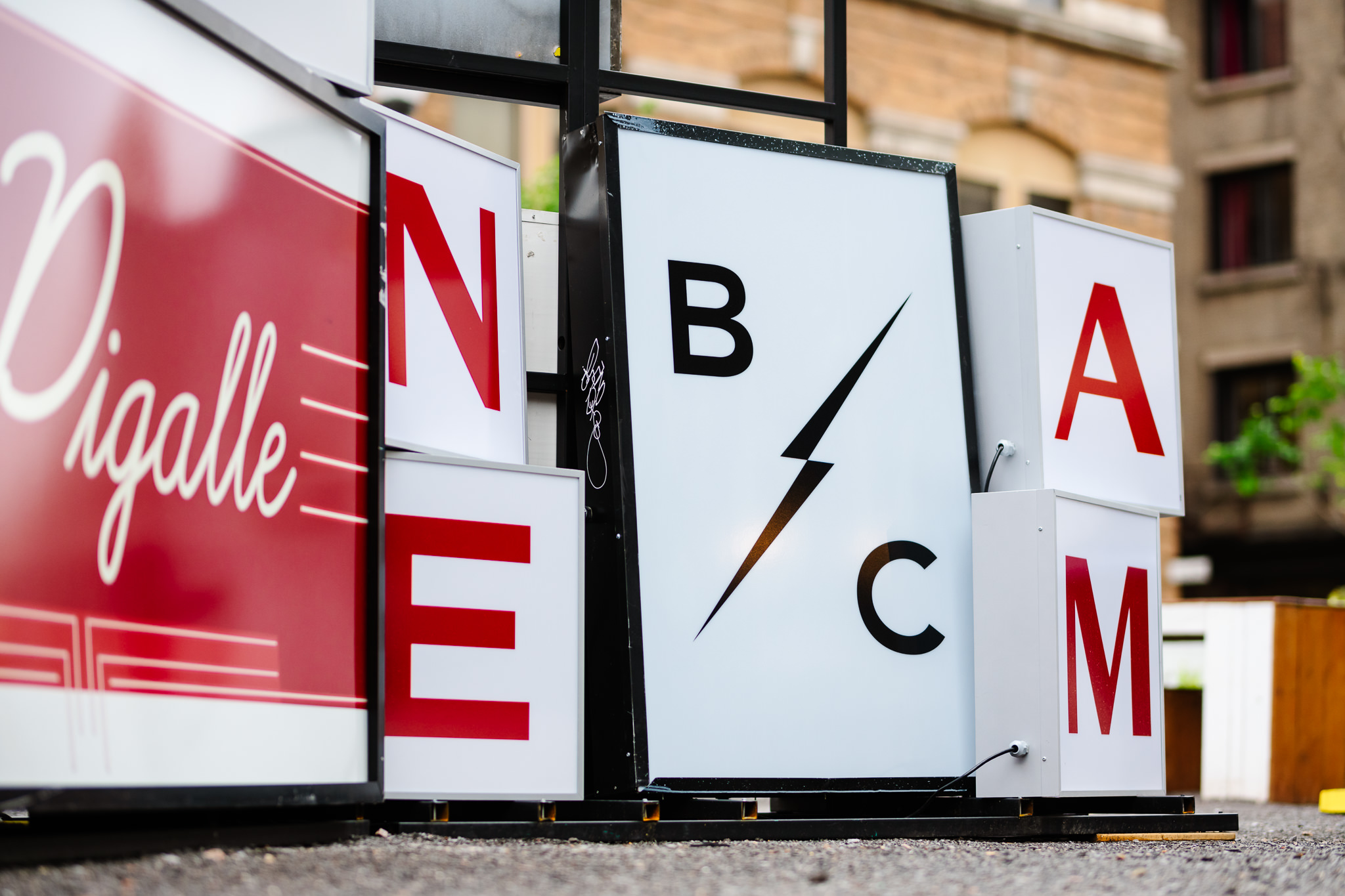 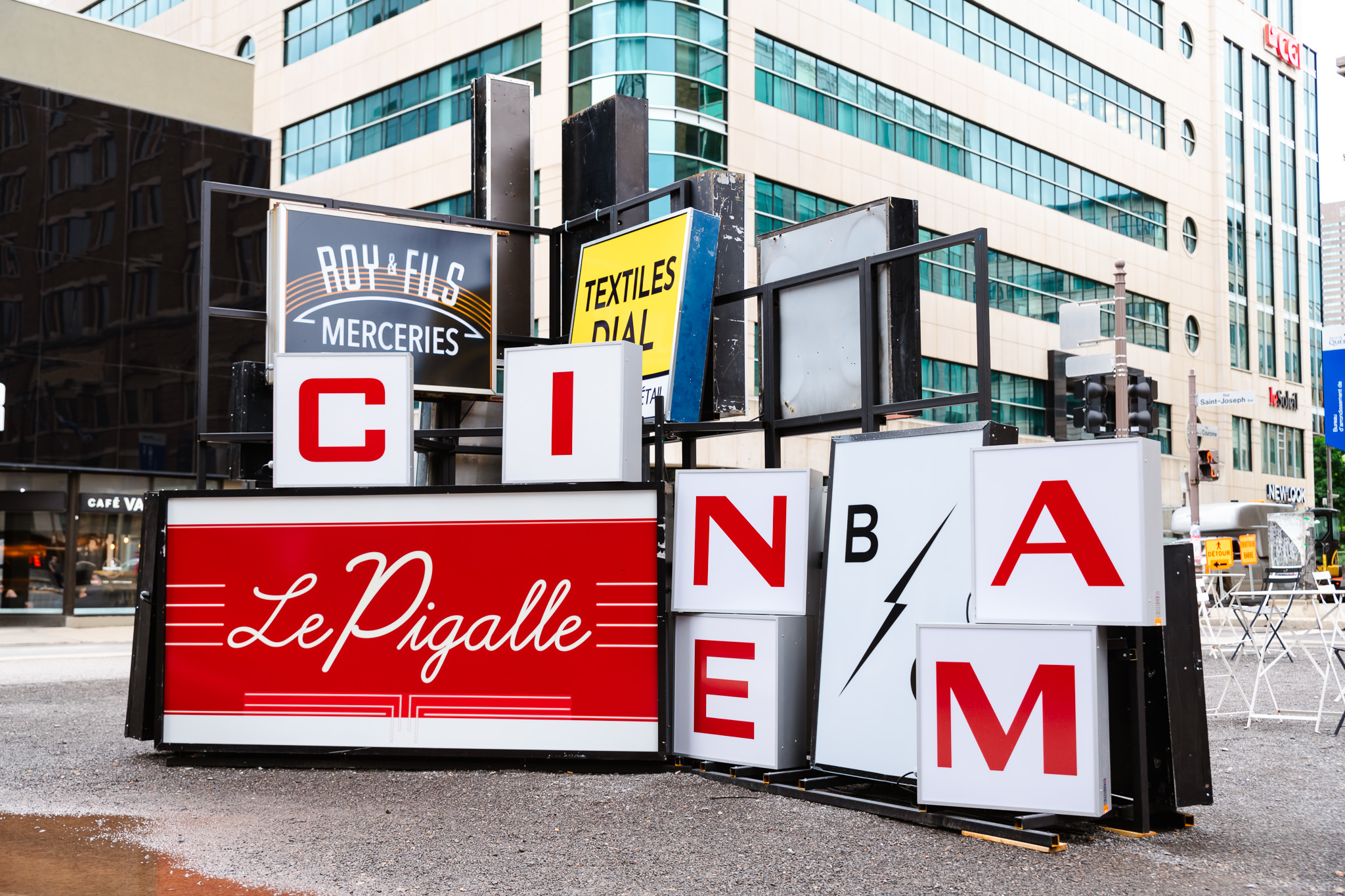 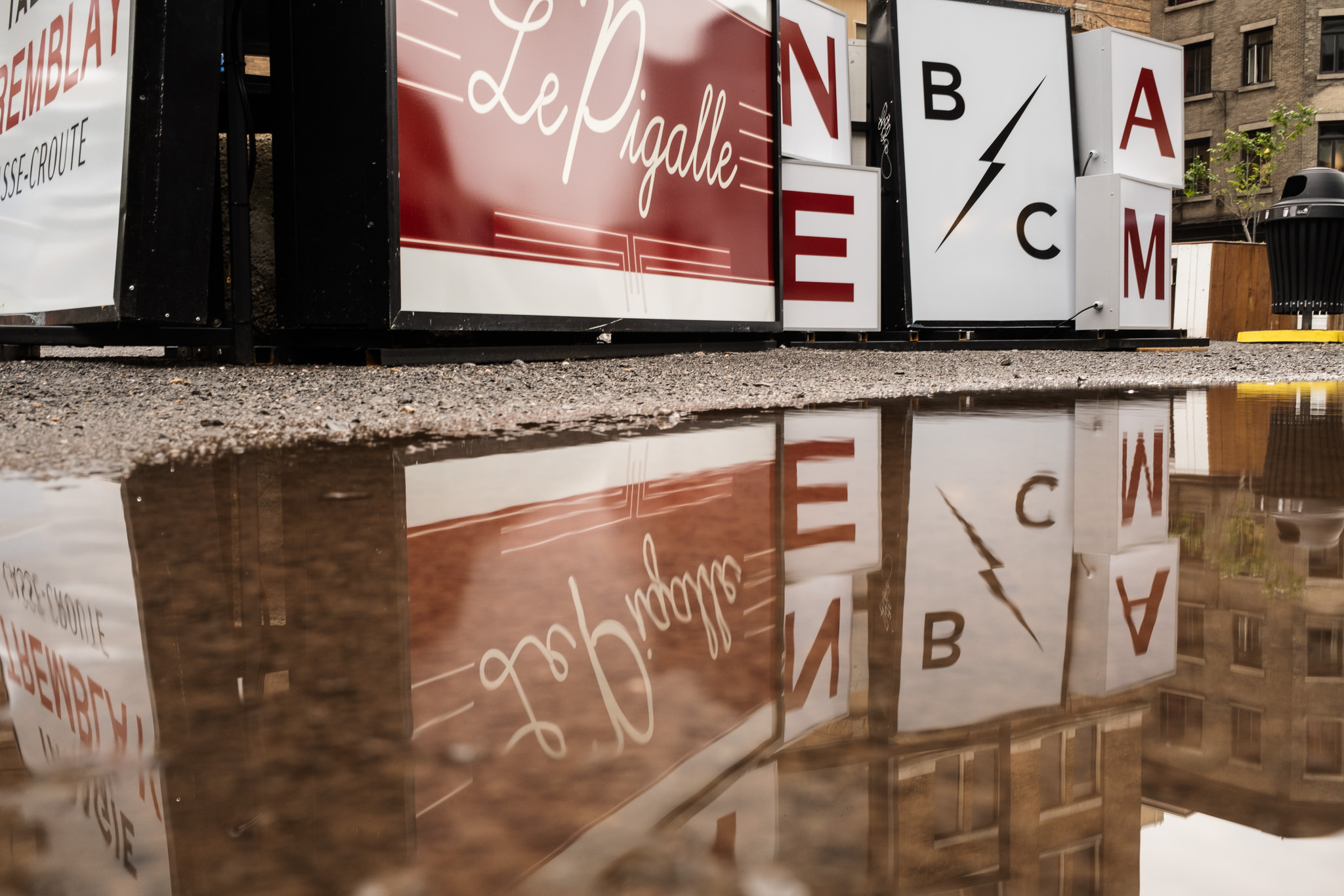 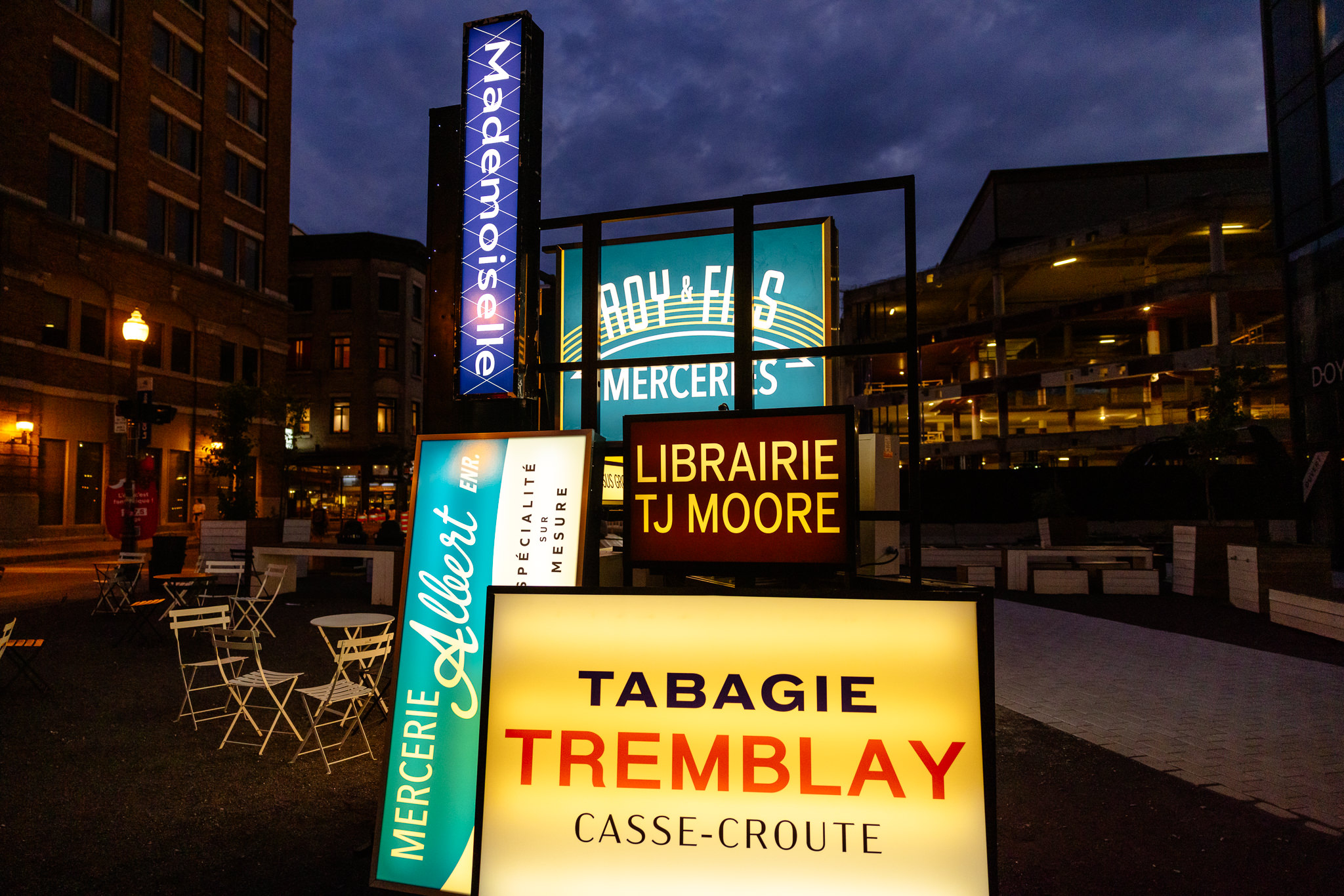 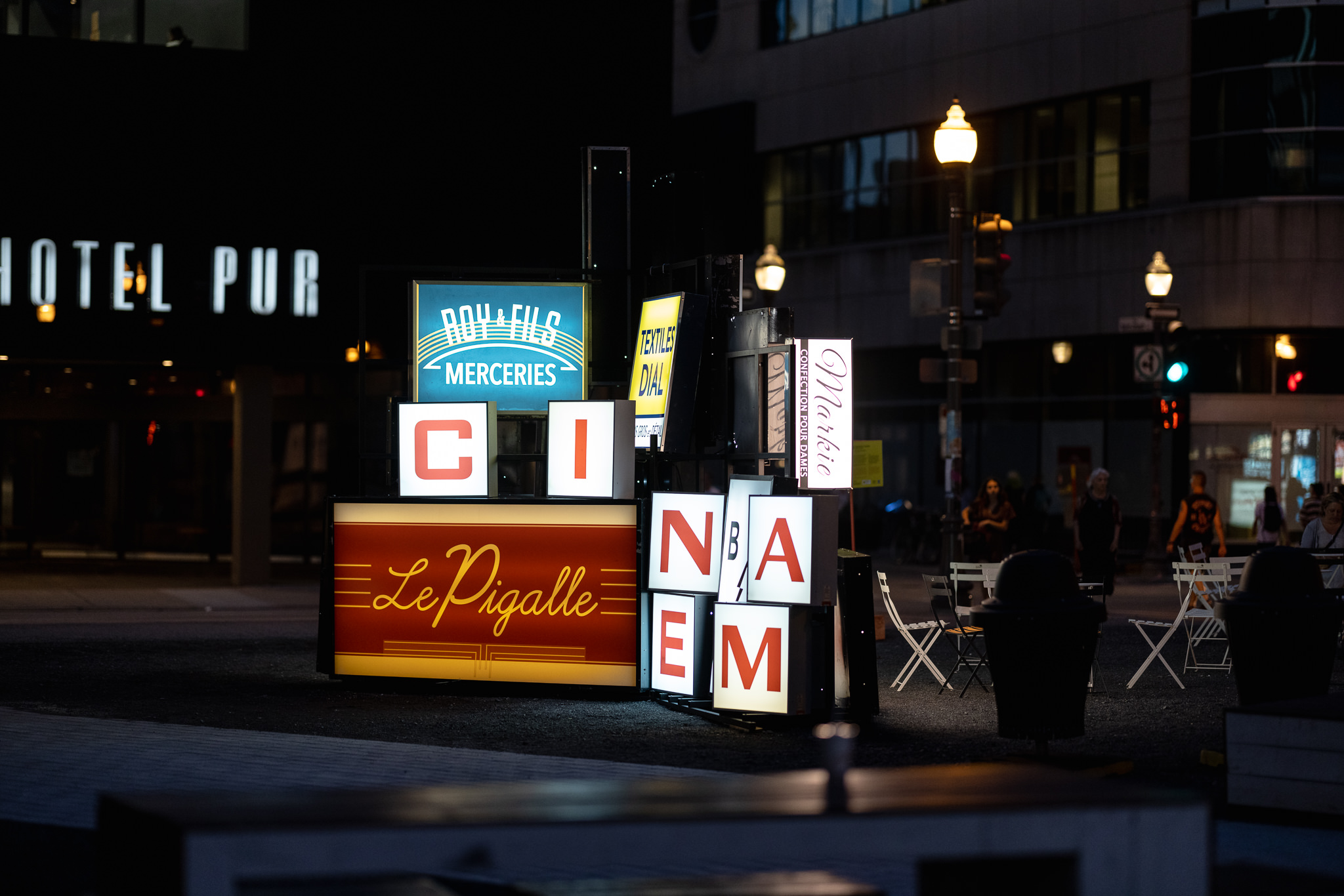