One of the largest ephemeral public art event in Canada 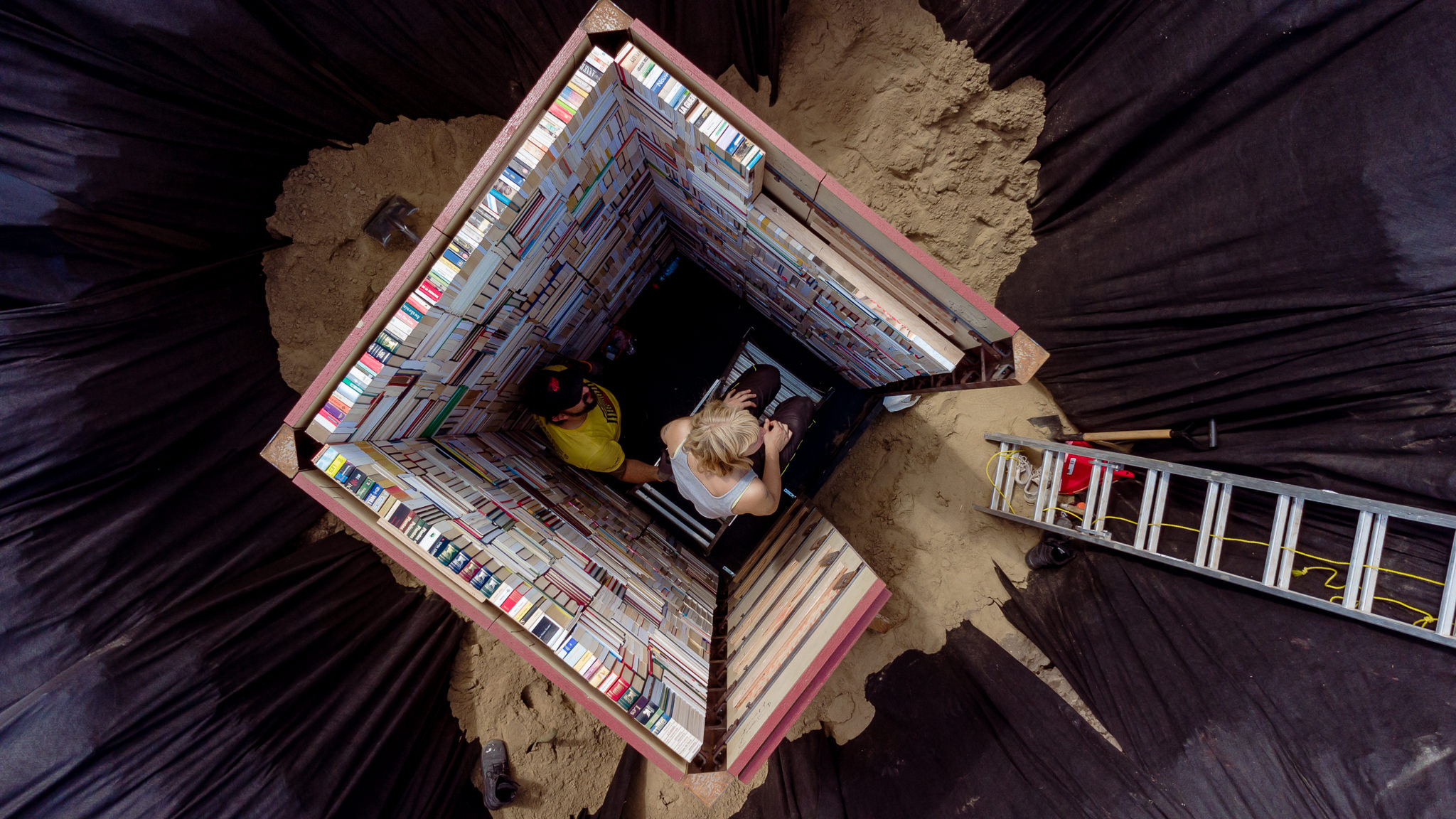 Presented by the Ville de Québec and EXMURO arts publics and under the artistic direction of Vincent Roy, PASSAGES INSOLITES is a public art circuit that unveils each year new public artworks. Since 2014, the event walks off the beaten trails to offer unusual, surprising encounters and add a touch of Magic in the urban experience.

Since 2016, PASSAGES INSOLITES have been traveling around Canada and the world, promoting the works and the artists.

PASSAGES INSOLITES is a public arts festival featuring a circuit of temporary artworks as well as artistic happenings in public space. Presented by EXMURO arts publics and the City of Quebec, this accessible event has been taking place every summer since 2014, for several months, in the historical and central neighbourhoods of Quebec City.

For 8 years now, PASSAGES INSOLITES has been helping Quebec City embrace the unexpected and the unusual by weaving public art into the urban and social fabric of its central neighbourhoods. Ephemeral artistic interventions propagate and amplify a true culture of the strange throughout the city. By bringing new vitality to downtown neighbourhoods and redefining available entertainment experiences, PASSAGES INSOLITES injects a dose of magic and poetry into the often-rigid context of a functioning city. Temporary passages created in the urban landscape divert traditional uses, shift conventional perspectives, and break up the monotony of everyday life.

EXMURO arts publics is a non-profit organization whose mandate is to design, create, and disseminate contemporary art projects in public spaces. Since 2007 EXMURO has constantly explored new avenues for presenting public artworks in the city. Through a range of projects, EXMURO works to expand the artistic possibilities of public spaces by reaching out to audiences to spark dialogue and foster critical thinking. For EXMURO, public art affords a freedom of experimentation and expression that is a necessary counterweight to the forces of standardization and pragmatism that govern so many facets of urban life. By weaving artworks into the urban fabric, we create possibilities to break through uniformity and standardization to create original and surprising experiences and encounters.

EXMURO arts publics develops large-scale projects that build community and drive artistic development, and is recognized as an international leader in the world of public art, thanks to: